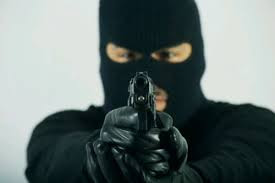 A suspected robber has been crushed to death by a truck at the Ojo Lowo bus stop in the Ijanikin area of Lagos State, while allegedly attacking some bus passengers.
PUNCH Metro learnt that the suspect, whose name had yet to be ascertained, along with other hoodlums, had at about 10.30pm on Friday stood at the bus stop to waylay bus passengers.

It was gathered that while the robbery was on, a police patrol team from the Ijanikin division came to the area which made the robbers flee in different directions.

It was learnt that an oncoming truck crushed one of the hoodlums and he died on the spot.
Apart from the deceased, another hoodlum, identified as Bassey Eyo, was arrested by the police while other members of the gang fled the scene.
A police source told our correspondent that 22-year-old Eyo and his gang members were notorious in the area for traffic robbery.

He said, “It was a distress call from the affected motorists that alerted the police to the robbery operation. When the hoodlums sighted the police patrol, they fled, and one of them was knocked down by the truck. His corpse has been deposited in the Badagry General Hospital morgue for an autopsy.”

The Lagos State Police Public Relations Officer, SP Dolapo Badmos, confirmed the incident.
“Effort is on to arrest other suspects and to recover their arms,” she added. 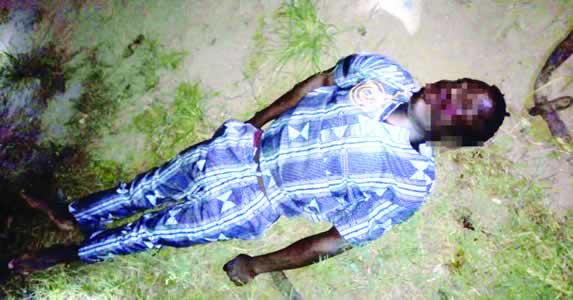