Effect Of Sex-Enhancing Drugs: Customer Beats Prostitute To Death For Not Doing This

An unsatisfied sexual urge induced by the intake of a sex drug can lead to aggressiveness against a partner. This is the case of a commercial sex worker, Janet Etim, whose life was brought to an abrupt end after she was attacked by her customer suspected to be on sex drugs.
According to P.M.Express, the unidentified customer went into Etim’s room to have short time sex with her for a fee. When the romp started, he was taking too long to ‘come’ and conclude the romp. Unable to withstand the long drug-induced sex with her client, Janet decided to opt of on the ongoing ‘show’ much to the chagrin of her customer.
She offered the customer a refund of his N500 fee but he refused, insisting that he had already prepared for the action and will conclude it. This led to an exchange of words and in the process, he attacked and injured the deceased on her head.
Although she was promptly rushed to a hospital by the management of the hotel, all efforts to revive her failed and she eventually died on the evening of Tuesday, January 24. Her body has been deposited at Isolo General Hospital for an autopsy report.
Meanwhile, the client who attacked and killed her had escaped and is presently nowhere to be found.
The Police at Ejigbo division got involved in the matter, arresting the manager of the hotel, Prince Bassey and late Etim’s sister, Eberline Okon, who brought her to Lagos for prostitution over the suspicious manner Etim died and for concealing the incident from the Police.
The sad incident happened at the popular De Love hotel, located at Ilufumi street, Ejigbo, Lagos State.

On a visit to the hotel some days later, it was discovered that the hotel was deserted and was under lock and key. Some of the workers outside the hotel said they were afraid the police would make more arrests so they decided to leave the place for now.

At the police station, the two suspects were seen detained in a cell over charges of suspected murder, while the police were making every efforts to arrest the runaway customer.
Though the District Police Officer (DPO) was not around to comment on the matter, the police source at the station said the police was waiting for autopsy report to determine whether Etim died as a result of the assault, induced by the sex drugs or something else.
In a nearly similar incident, a married man identified as Samson allegedly died after taking an overdose of sex drugs. The erection was said to be too strong that his manhood was still erect when he was found dead.
The deceased, a father of three children who died in a hotel room in Delta state was said to have taken an over-the-counter sex drug called Manpower, which purportedly has similar effects to Viagra, to impress his new girlfriend.
According to a source:
“After having intercourse for a long time, he could not ejaculate and must have died from the stress of the consistent hardness.
“He was overpowered by the sex drug and it was the first time he took such a drug. He had earlier been in a beer parlour boasting of his plans, after spending three months wooing the woman.”
Taking an overdose of any sex-enhancing drug could be dangerous, and could cause erections which last for several hours, sometimes, also causing permanent damage. 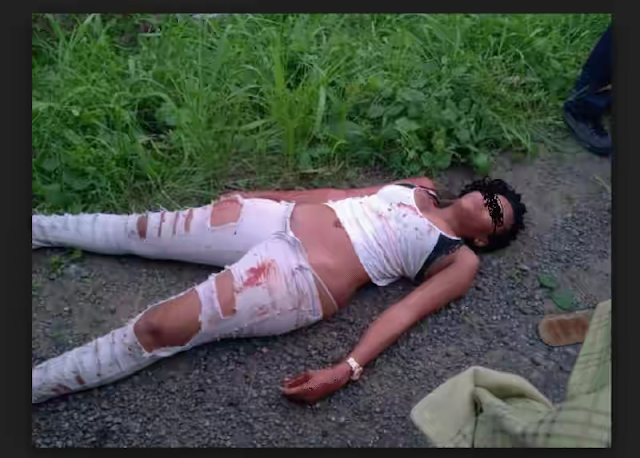