Orokam is one of the 22 districts of Idomaland in Ogbadibo Local Government Area of Benue State, Middle Belt Region of Nigeria. Orokam shares boundary with Enugu State in the South and Kogi State in the West.

The people are very religious from their native traditional religion with strong emphasis on morality, honesty and integrity. Their religious life has a semblance of Old Testament laws and practice and therefore found Christianity easily acceptable because of strict prescription on morality.

There are various taboos and punishments either by ancestors or nature for adultery, stealing, witchcraft, murder, charming of a neigbhour and so on.

The major occupation of the people of Orokam is farming, trading and civil service.

Orokam people are usually very reliable and trustworthy and hence always appointed to positions of trust. 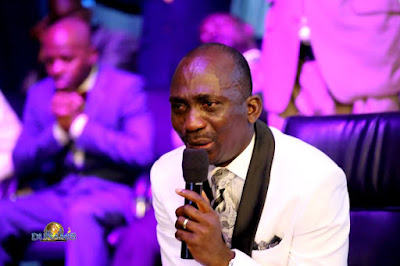 Major religion as at present is Christianity with the Methodist Church Nigeria and Catholic Church as dominant Christian denominations while a very few African Religion Practitioners and spot of Muslim Fulani nomads are present.

Orokam is known for churning out great preachers and generals in Lord’s vineyard. Unknown to many, the Senior Pastor of Dunamis International Gospel Center, Dr. Paul Enenche is from Adupi in Orokam. Interestingly, God’s General and respected prophet, Rev Sammoses Enenche (deceased), Mama Vera Aluma of the Enenche dynasty are also natives of the community.

Enumabia is an ancient and the only surviving body of water in Orokam. But recent discovery says that other body of water is now in Ola' Onah in Orokam. The water is popularly known as the healing spring, which built a siege around itself as protection from villagers who defies her.

It is a known fact that all who hailed from Orokam pays homage to Enumabia in the past because it is believed she left her first settlement due to the way the people treated her.

Some worshiped this water as it brings healing. The whole villagers rely on it for water because it is pure and will not allow another water project into the land. Projects like pipe bore water and community boreholes were almost a difficult task in the past due to the presence of Emumabia.

Year after year Enumabia remained the same and anybody that must live a healthy life must drink from it as it is the only source of pure drinking water. Several attempts to come up with other sources of water in the land failed.

The body of water will never allow any camera to capture it. The good news today is that there are other bodies of water and pipe bore water running in Orokam. It could be that prayers has nullified her power, that we don't know for sure.

But at present it allows other water to come in and help the community to better their health and long suffering of trekking all the way to Enumabia. 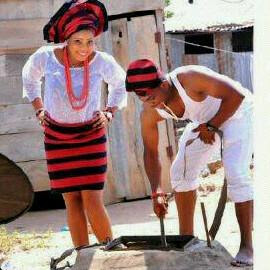 HOW TRADITIONAL MARRIAGE IS CELEBRATED

Traditional Marriage blended with Christian influence is most common with a few Church weddings for those who can afford it.

One is under obligation to fulfill the traditional rites before Church wedding or marriage by ordinance/court wedding if need be.

The traditional marriage in Orokam has three stages:1.Enme oche tabo, which is the first step if the suitor had sought the consent of his parents for a girl he intends, is breaking of cola nut between the immediate families to declare their intention.

The family of the suitor will present some native cola nuts accompanied with a keg of palm wine or a crate of soft drink or beer with some money, which may be less than N500. This takes place with the immediate family members. Once this is done, it means that a girl is now betrothed to a man and no other suitor goes there anymore. A deposit may be paid in lieu of bride price.

2. Ikpe ooda, which is an occasion for asking the intended bride whether she accepts the intention of the suitor.

This involves a few more extended family members as witnesses. More native cola nuts and kegs of palm wine or crates of soft drinks/beer may be involved, yet moderately. Some amount of money may be involved. Usually, it is on the day of ikpe ooda that the date for traditional marriage rite is fixed, and amount of money for entertainment is kept with the family of the intending bride.

3. Echi ofu ago eje or echi onya oole. This is the day of the marriage ceremony.

The process can prolong for two days. The first aspect of it is the settling of bride price and it involves investigation into the procedure and checking how things are being done, sighting of instances and comparing of different ranges of cola nuts and money, which usually is a small amount meant for categories of relatives and family members.

It involves a lot of fun, insults, arguments and quarrel, disagreements and agreements, which are time-consuming. The belief is that giving out of a daughter is not as easy as selling a goat or an animal.

So settling issues around the marriage is a long and tasking exercise. Sometimes, it looks as if the marriage will not hold.

However, at the end of it all, they will always come to agreement on the dowry and other matters. One remarkable feature is that the marriage proceeding is not permitted to be written down because they want to maintain the traditional method of negotiation.

It has been suggested that the process be documented to make it faster but the people are adamant because it will make them lose the glamour and essence of tradition.

Once the dowry is settled, the ceremony of ofu ago eje or eje o gwa, which is actually the entertainment begins. This is the second part of the marriage ceremony.

This is when immediate and extended family members, friends, well wishers and invited guests are all seated. Two seats will be provided for the bride and groom. The groom will be dressed in native clothes.

Then the bride will be dressed in her native costumes beautifully and accompanied by her lady friends who go round and greet in-laws and guests. Thereafter the exchange of pleasantries and greetings, her father would invite her and show her what have been done with regard to marriage.

Palm wine will be poured into a calabash cup ago or glass cup as in modern time and given to her to give her husband to drink while kneeling down if she truly agrees to the marriage. When this is done there will be jubilation and shouts of oga yoo, which means a great thing has happened.

Then she can now seat with her husband. Food and drinks, music and dance, ache ooche, i.e. encomium and gifts will be presented to the couple. Prayer is said to God for blessing of children, good health, long life and material blessings and general well being of the new family, and the man and wife are ushered to their own hut or where ever they live.

A visit to Orokam is a thrilling experience. A very peaceful land with high economic potential; yet to be fully tapped by tourists and investors. Orocity, as it is fondly called, is a major link due to its strategic location. Being a boundary community between Benue and Enugu State underscores its economic viability. The Federal road that links the North with the South (especially the South East) passes through the heart of Orokam.

The land is characterized by evergreen vegetation dominated by palm trees.The tree is arguably the brand mark of Orokam,a cash crop whose value/usefulness cannot be overemphasized.This special crop means alot to the average Orokammite for many reasons.It produces the best of natural wine called "èmò" (palm wine) and "anō" (palm oil). 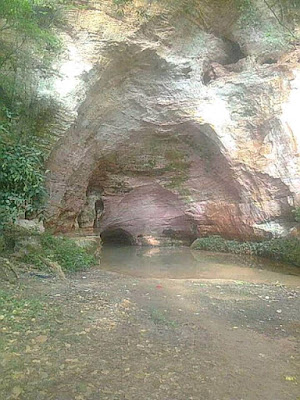 The people of Orokam are culturally inclined and sociable. They like to meet and spend time with people in a friendly way. Some of its traditional and social events include; "ōr'ōnya" (traditional marriage), "ofitè" (hunting), funeral, religious conventions and ukw'akitakpa (masquerade party) where beautiful masquerades converge at the village square to entertain viewers as they dance in unison to a melodious sound of synchronized "okanga" (drum),"agogo"(metal gong) and "õchu" (wooden fute).

There is rarely an occasion in Orokam that does not involve the use of palm wine and kola as tradition demands.It is common to see people in groups under a tree or in a wine bar with "õch'eje" (a keg of palm wine to unwind after a busy day.Orokam is a "sleeping beauty" that is rising in God's glory. 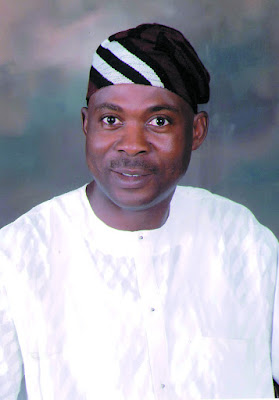 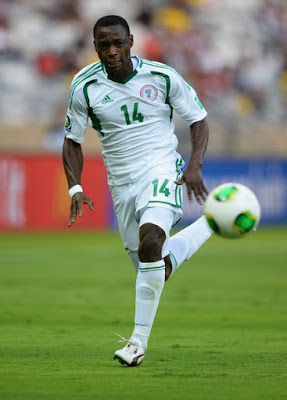 Ace footballer, Anthony Ujah is also a native of the community. The list is endless.