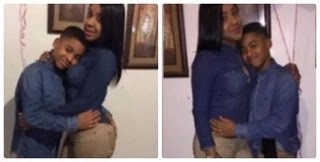 With the different crazy things happening in the society all in the name f parental love and guidance, people need to watch the kind of things they do to or with their children.

So many women have led their children astray by exposing them to various ills under the guise if love. Children have minds of their own and should never be seen as people who do not know what is happening.

When a child gets to a particular age, parents should set limits to the kind of things they do together. We need not tell you that bathing with a 12-year-old boy is not right even though you are his birth mother. 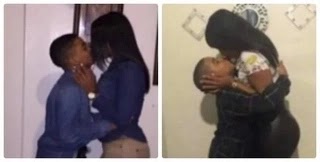 Mother kissing her son on the mouth

Single mothers particular have a lot of work to do since they build their lives around their children. The absence of a father-figure may make the women want to do their best possible for the children. Although there is nothing wrong with this, women should watch out the things they expose the children to particularly if they are not same sex.

A single mother and her son have become viral sensation following the intimate pictures she posted online. These pictures seem to have caused quite a stir as people's opinions keep dropping about the lady's actions with her child.

The single mother shared pictures of her and her son kissing passionately while she allowed him to grab her butts. Could this be a new parenting method as people are finding it hard to believe this was done out of love? Or is this some budding case of incest as the young woman is opening the innocent child up to things he need not know about now? 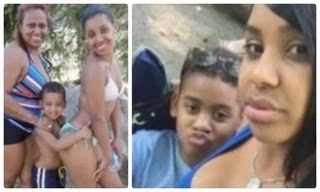 The single mother with her son

The woman is being identified as Ms Lopez with the son going by the name Jay Chris. The poses seen in the pictures posted has raised several concerns as people are shocked that she would allow her son put his hands on her bum while kissing him on the mouth.

This woman has another child, a daughter, named Tia. There are no pictures of her kissing her daughter or holding her the way she held Chris here. Could it be that this woman is deeply in love with her son? Look at the pictures closely and tell us what you think about the single mother.

Some people think child protection services should pay this single mother a visit and check out the activities of the young boy.