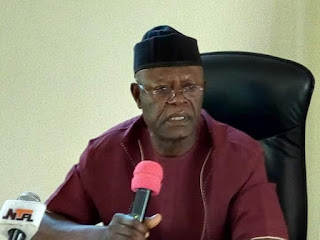 Governor Samuel Ortom of Benue State has tasked the Senior Staff Association of Nigerian Universities (SSANU) led by its National President, Comrade Samson Chijioke Ugwokwe to use the occasion of its 36th National conference taking place in Makurdi to proffer solutions to the crises in the Nigeria university system.
Governor Ortom wants the union to pay particular attention to addressing the frosty relationship between it and the federal government, and the reasons for the series of crises rocking university system, which has led to the general downgrading of our universities.
He spoke when national leaders of SSANU paid him a courtesy call at the Benue People’s House, Makurdi.
Gov. Ortom was represented by his deputy, Engr Benson Abounu. He thanked the union for choosing the state as venue for its 36th annual conference and pledged the full support of the government to the Union.
Governor Ortom, who expressed sadness with the deplorable condition of federal roads in the state, however thanked President Muhammadu Buhari for approving the establishment of the Federal University of Health Sciences, Otukpo.
Earlier, Comrade Ugwoke, who described Governor Ortom as a labour-friendly governor congratulated him and his deputy on their election. He said they were at the Benue People’s House in solidarity with him and his sincere efforts at positively touching the lives of his people.
The 36th National Conference of the association holds at the Federal University of Agriculture, Makurdi from today, 29th July to Wednesday 31st July 2019. 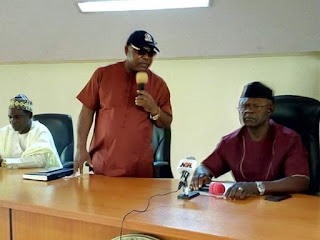 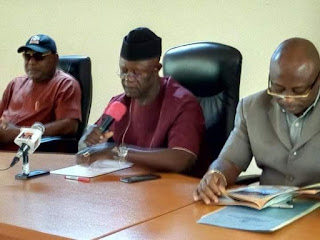 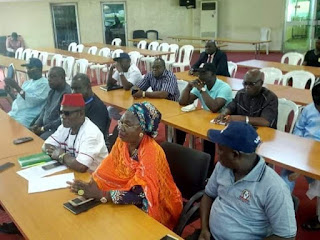 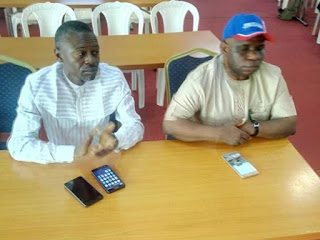