Insecurity: Why killings in Zamfara continue despite mining ban – DHQ 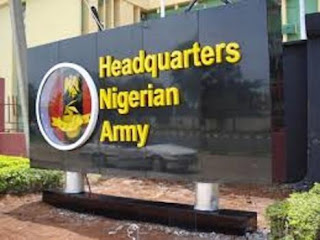 The Defence Headquarters Tuesday acknowledged that the clampdown on illegal miners in Zamfara and other north western states has not significantly cut down violent attacks against villagers across the region.
Security agencies had in April identified illegal solid minerals mining as a major driver of violence that had claimed hundreds of lives in recent months. Authorities said Zamfara, especially, was rich in gold, lead, and even rare-earth minerals and bandits were killing villagers to take over their land for mining of the minerals.
The Buhari administration had said the ban would significantly reduce killings in the region. Three months later, however, fatal bandits’ attacks have continued.
The difficulties in containing the bandits have left security experts questioning whether or not the government exaggerated the role of illegal mining as a major driver of the conflict.
But at a press briefing Tuesday, the Defence Headquarters said mining was only one of several factors that intelligence revealed had been fuelling the violence.
“We have other issues like illegal crossing of borders from foreign lands,” Onyema Nwachukwu, Nigeria’s chief military spokesperson, told reporters. “There are several conspiracies but the ultimate aim is to restore lasting peace in the region.”
Mr Nwachukwu, a colonel, said military operations in the area had been highly successful, with several arrests made and weapons seized from suspects.
He said at least 25 suspected bandits arrested in recent weeks in the region were undergoing military interrogation, after which they would be handed over to civilian authorities for prosecution.