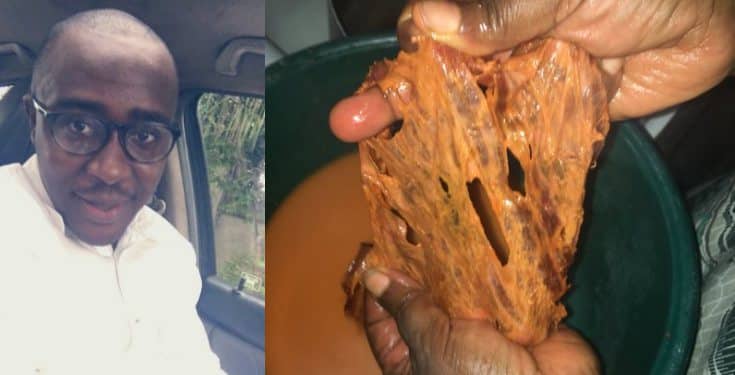 A Nigerian man who bought the popular dried beef delicacy known as kilishi was shocked to discover it is rubber coated with pepper and spice.

According to the young man, he made the discovery after his mother refused to eat it and instead soaked it inside a boiled water to clear his doubt.

“Real life scenario, kilishi is now made from rubber and coated with seasoning, that isn’t meat in that picture, I just bought this shii from Lokoja, mama refused to eat and she boiled water and cleared my doubts, people are wicked! #KilishiIsNoLongerBeef #SpreadThisPost 😫😏”, he tweeted.