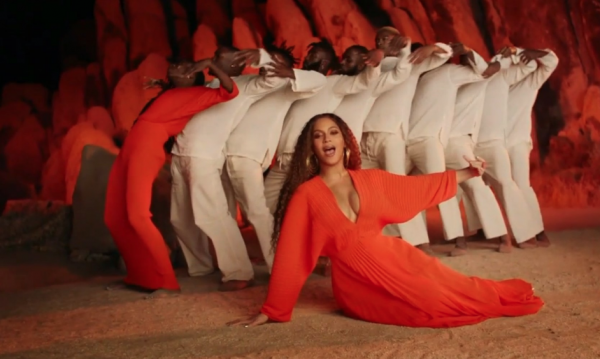 Viewers who tuned in to Tuesday’s (July 16) ABC News special, ‘Can You Feel the Love Tonight,’ were not only treated to previews from the highly anticipated live action remake of Disney’s ‘The Lion King’ (in theaters July 19), but also received the gift of a rare Beyonce interview.

The 37-year-old is hot on the promo trail in support of the film (in which she portrays ‘Nala’) as well as ‘The Gift’ – the album she curated inspired by the Disney classic.  Chatting with Robin Roberts, Bey dished on how the movie’s African ties acted as a muse for ‘Gift,’ which is not only rich in sounds native to the Motherland but also features a kaleidoscope of artists from the region.

And, as if the rare sit down chat wasn’t enough to send fans into a frenzy, the special closed with the first look at the music video for ‘Spirit’ (the first single from ‘The Gift’).

Did you miss it?  Look inside to see the highly anticipated clip, which features a cameo from daughter Blue Ivy: