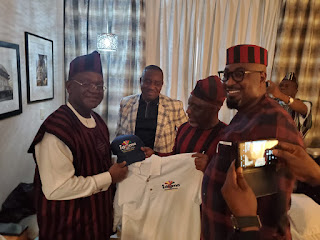 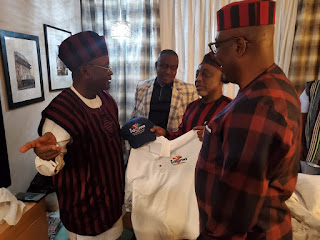 The executive governor of Benue state,  His Excellency Samuel Ortom has endorsed Idoma International Carnival and promised to partner with the organisation for the needed unity,  socio economic empowerment and preservation of the cultural heritage of the Idoma people.  He stated this when the President and chairman board of trustees of the carnival Prince Edwin Ochai Ph.D had a meeting with the governor in the presence of a former governor of Benue state and a serving Senator Dr Gabriel Suswam, Sen. Abbah Moro, two members of the house of representatives from Benue,  Hon Richard Gbande and Hon Godday Samuel,  a business mogul , Mr Emmanuel Akpakwu and other prominent Benue sons.

The governor further said his endorsement and promise to partner with the organisers of the carnival is because he believes in the aims and objectives of the carnival which is in tandem with his administration's policy of bringing peace, unity and socio economic development to Benue state . He also promised to ensure that the carnival is expanded to cover the enter state to be known as Benue International Carnival and accepted to lead the state government delegation to attend the 2019 edition of the carnival.

Idoma international carnival which is in its 7th year is an annual event that takes place in December in Otukpo,  the traditional headquarters of the Idoma nation. It is registered with the Benue state government,  and the federal ministry of arts and culture as well as the Corporate Affairs Commission.
Some of the activities include Idoma Achievement Awards,  Ogbureke traditional wrestling,  Face of Idoma International,  cultural performances,  football tournament,  carnival street procession/party,  children carnival,  music concerts/comedy, etc.
By Linda Ochagla at Tuesday, August 13, 2019