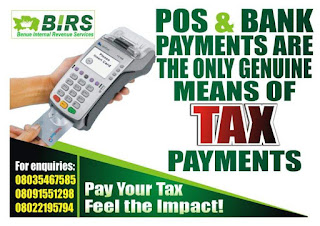 Three persons, Atime Orlu, Terhide Kumbul and Mzehemen Jaga were yesterday convicted at Mgistrate Court 9 in Makurdi.
The convicts, who were found guilty of setting up illegal tax points and extorting unsuspecting tax payers in various local governments of the state, were charged with eight months jail term each.
This is even as the Benue Internal Revenue Service (BIRS), has vowed to rid the road of all illegal tax points and eradicate illegal taxation.
In a related development, BIRS has also informed that the latest termination of Tax agents’ appointments by the Benue State Governor, His Excellency, Dr. Samuel Ortom is in furtherance of the governor’s desire to ensure safety on the roads and also ensure transparency of the collections process while also saving cost, which is also in line with the new tax administration in the state.
Meanwhile the governor has reiterated his commitment to ensure Benue state becomes a more business friendly environment, in order to further woe investors and also encourage businesses in the state.
By Linda Ochagla at Tuesday, September 03, 2019