Governor Samuel Ortom today(yesterday) visited the mass grave site of kidnappers at Gbatse in Ushongo Local Government Area where he assured the community of more arrests of suspects alleged to have links with the outlaws.

Governor Ortom, who was visibly saddened while being conducted round the graveyard, accompanied by the Speaker of the State Assembly and heads of security agencies in the state, stated during an interview that the new strategies adopted by the State Security Council against criminality were yielding results.

He stated that according to security reports, eleven bodies had been exhumed with six identified and handed over to their families for burial, stressing that five bodies were yet to be identified while seven suspects had been arrested in connection with the crime, with four suspects still at large.

Governor Ortom, who addressed the traditional rulers and the people of Mbayegh, Mbagwaza and Nanev at Ushongo town, commended them for remaining peaceful in the face of provocation, saying only peaceful atmosphere would encourage investment in their communities.

He charged the traditional rulers to prevail on their subjects to consider the unfortunate development as an act of banditry and criminality and join forces with government as well as security agencies in combating the crime.

The Governor while condoling the bereaved families, pledged government support to enable them bury their relations.

State Commissioner of Police, Mr. Mohammed Mukadas said the suspects were arrested following intelligence report, stressing that investigations were ongoing to ensure more arrest and prosecution of the culprits. 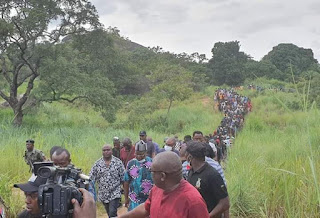 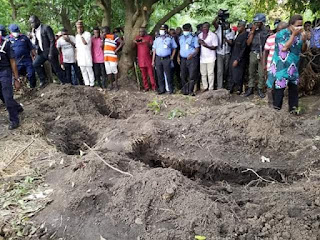 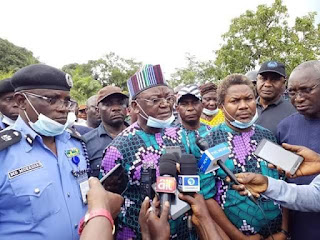