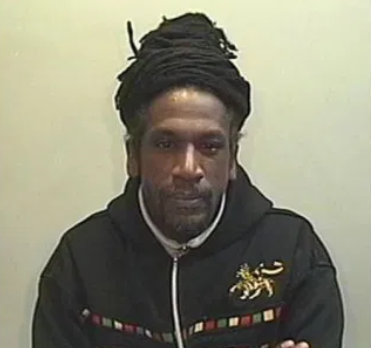 A man described as a “vicious rapist” has been handed life imprisonment after he was convicted of attacking two women.

The rapist with a history of violence towards women threatened to kill one of his victims as he was jailed for life.

45-year Andrew Delsol was described by a judge as “vicious and self-obsessed,” and had been found guilty of 11 counts of physical and sexual violence against two women between 1985 and 2001.

One of the women who gave evidence against him was at Bradford Crown Court as he said “I’ll murder that bitch” while being taken to the cells.

During the trial at Bradford Crown Court, the first woman told how she was beaten and raped by Delsol in Bradford when she was a teenager. “His attacks on her included punching and kicking her, trying to drown her in the bath and indecently assaulting her with a carpet cleaner pole,” the court heard.

The court heard that Delsol battered the second woman round the head with a hairbrush and plunged a screwdriver into her leg, as well as pouring petrol on her before flicking a lighter and threatening to kill her. The woman, who admitted she was smitten with Delsol, said he would assault her in the woods where no one could hear her screaming and attacks included holding her underwater in a lake, threatening her with an axe, picking her up by the hair and punching her on the side of the head.

She said: “He just battered me black and blue every day. He needs putting away for life. He’ll carry on hurting people. He was handsome and beautiful… but he was evil.” The 55-year-old is currently serving a 13-year prison sentence imposed in 2015 for terrorising a young mother he locked in an attic flat over a four-month period.

He was also previously jailed for eight years at Carlisle Crown Court in 2002 after holding his teenage girlfriend captive for six days, threatening to dismember her and attacking her.

In 2009, Lancashire Police issued a Violent Offender Order to protect women from Delsol, who was first jailed in 1989 after he burned a woman with a blowtorch, tried to make her drink bleach and forced her out of a window with a rope around her neck.
By Linda Ochagla at Saturday, October 26, 2019