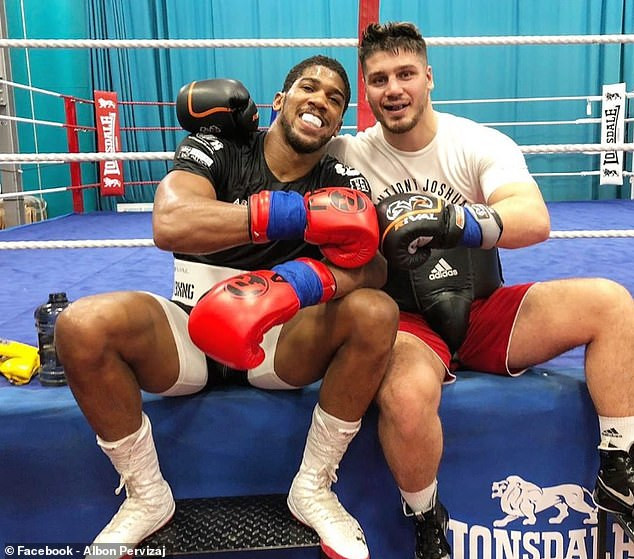 Anthony Joshua, who is currently preparing to be in the best possible shape for his highly anticipated rematch against Andy Ruiz Jnr, is now sparring with German heavyweight, Albon Pervizaj.

According to talkSPORT, the British-Nigerian boxer brought in German heavyweight Pervizaj in an attempt to replicate Ruiz's hand speed.

24-year-old Pervizaj has a record of 12 victories and no defeats so far, with nine knockouts. In addition to Pervizaj, American fighter Timothy Moten has also been seen in Joshua's camp.

The rematch will take place in Saudi Arabia on December 7. Joshua will be looking to regain his IBF, WBA and WBO titles after losing them in a shock defeat to Ruiz Jr back in June at Madison Square Garden. The Mexican boxer defeated Joshua in the seventh-round to hand British/Nigerian boxer his first professional loss.
By Linda Ochagla at Thursday, October 24, 2019