The enviable support  that has continued to trail Hon. James Oche took a different turn today as hundreds that cut across different tribes and ethnicities, political and non-partisan supporters as well as admirers showed up at the People's Democratic Party (PDP) State Secretariat in Makurdi in solidarity with him while he picked his Expression of Interest and Nomination Forms.

Many who were seated stepped out to see the man who was renowned for unprecedented rural transformation of Ado Local Government within just 3 months. It was chanted in some of the political songs that, Hon. Oche is the God-sent leader for Ado.

Interacting with his teeming supporters after securing the forms, Hon. Oche appreciated the people for their support and promised not to let them down. To him, the development of Ado was a collective responsibility and enjoined all stakeholders and supporters to sustain the drive through the election and beyond.

It may be recalled that, Hon. James Oche in a unanimous decision reached by the Ado PDP Caucus days ago had emerged the party's consensus candidate for the November 30 election.

Highpoints of the event was the presentation of the two forms by Hon. Oche to the admiration of supporter who cheered graciously. 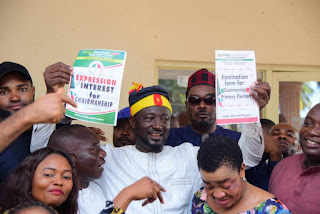 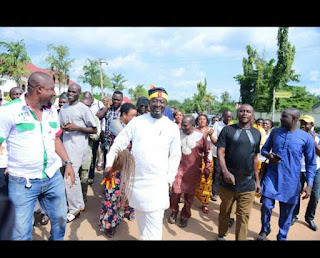 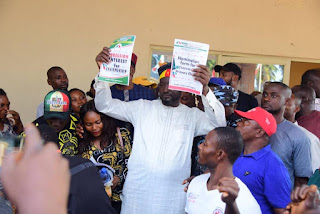