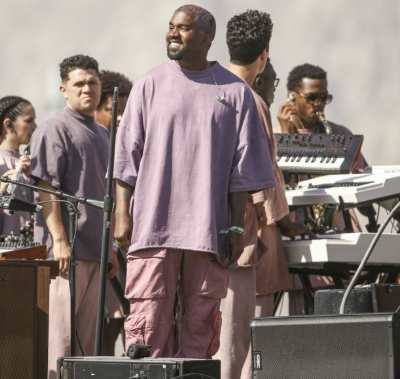 Kanye West's ninth studio album Jesus Is King is due to drop on October 25th and in a new interview with Zane Lowe airing on Beats 1, he opened up about the recording process behind the project.

Kanye West said he made some major lifestyle changes in the year that's followed since creative directing the inaugural PornHub Awards in September 2018 and his solution for the recording of Jesus Is King? Celibacy.
"There were times where I was asking people not to have premarital sex while they were working on the album. There were times where I went to people that were working on other projects and said can you just work and focus on this? I thought if we could all focus and fast. Families who pray together stay together” Kanye West told Lowe.
By Linda Ochagla at Saturday, October 26, 2019