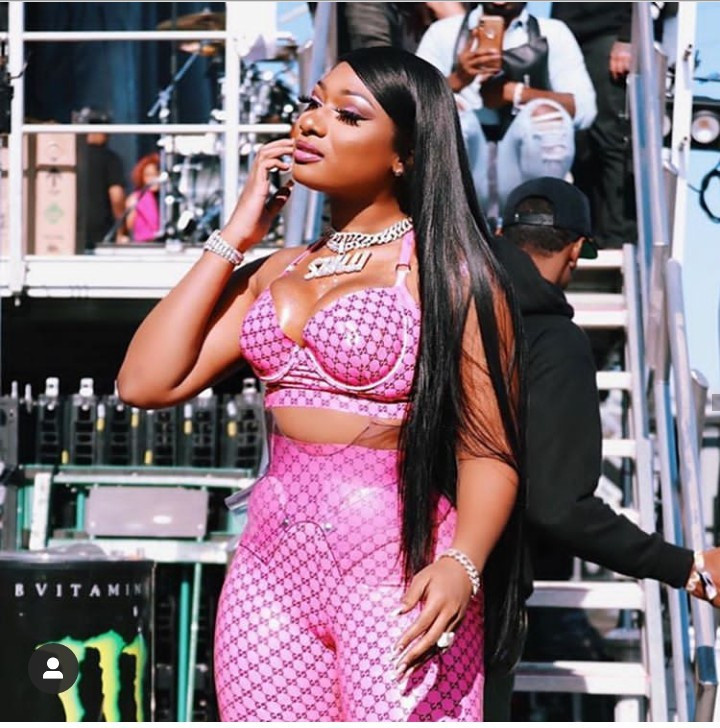 Rapper Megan Thee Stallion and her makeup artist dragged each other on Instagram over makeup credit after the artist was upset that Megan didn't tag him to her post.

Megan shared a video showing Vogue Magazine following her around for a feature. Makeup artist Akil McCoy, of Akilaface, replied to the post and accused Megan of not giving him credit. This resulted in a reply from Megan and things went downhill from there. 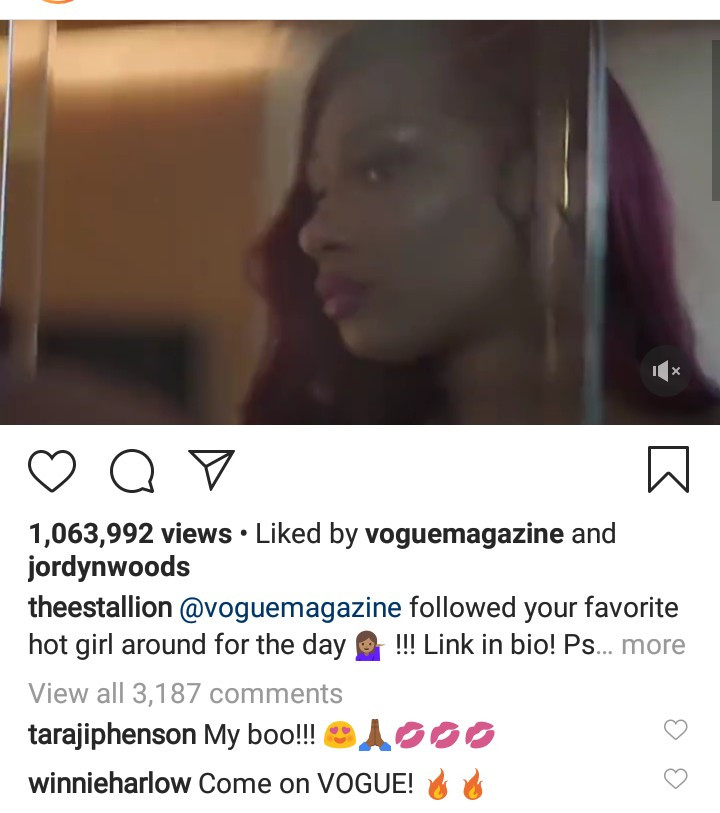 "Makeup by Akilaface," the makeup artist commented under Megan's post, indirectly accusing her of not tagging him to give credit.

And Megan replied: "@akilaface and me." 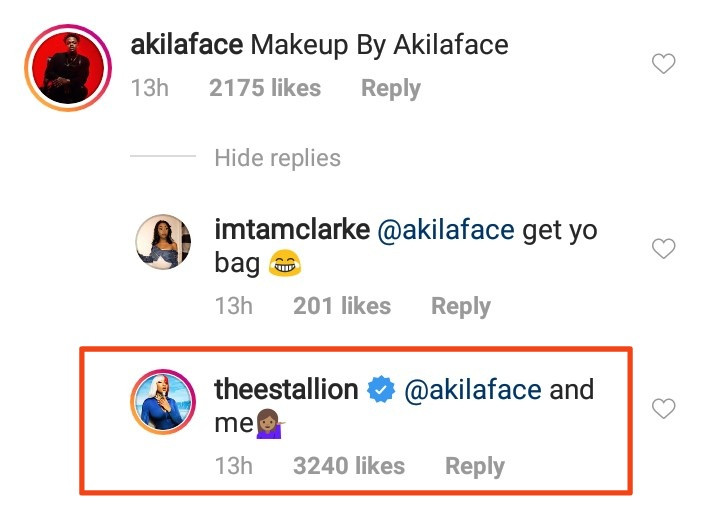 Well, the makeup artist did not agree Megan deserves the credit so he replied: "@theestallion no you filled in your eyebrows and put on your lighter Mac powder when I was done. This is not a makeup war I always do your makeup and never get credited. That is hurtful."

Megan responded: "@akilaface woah. First of all if you was really "hurt" you could've txt me this. Second you right it ain't a war bc we all know I do my makeup and you touch it up or I let you start it and I'll finish it."

An old post shared by Akil indicates Megan might be telling the truth. Akilaface once shared a photo of Megan and told of how they both collaborated on her face while doing her makeup. 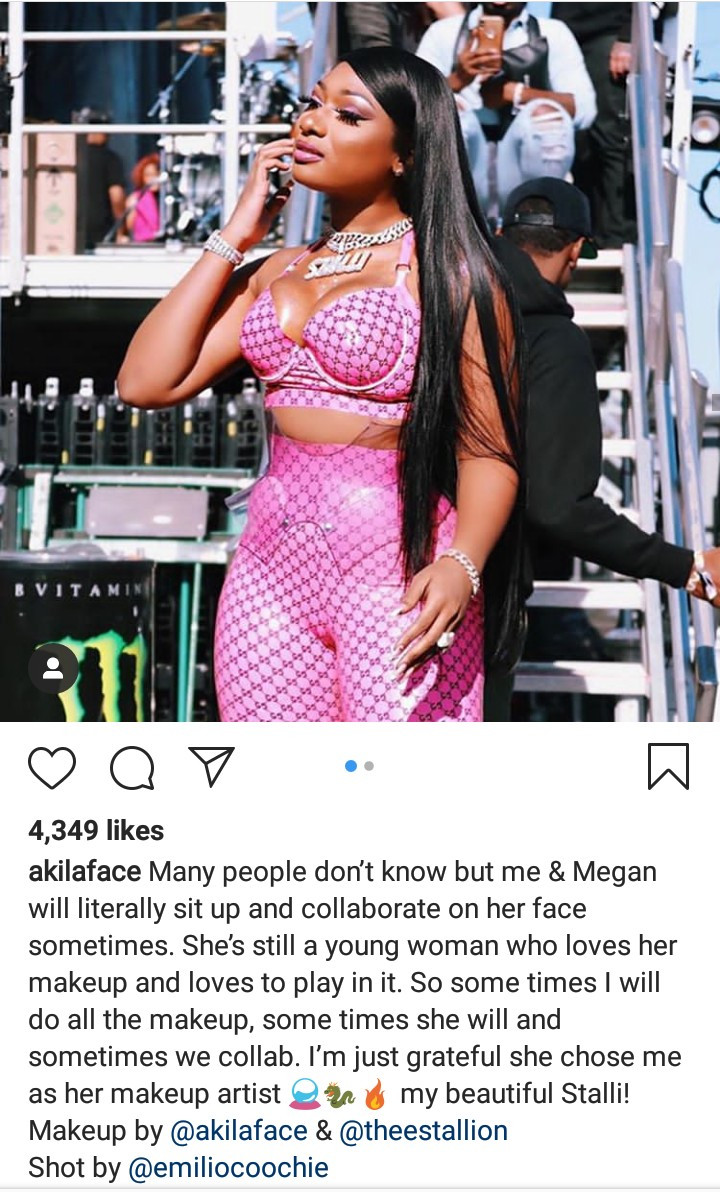