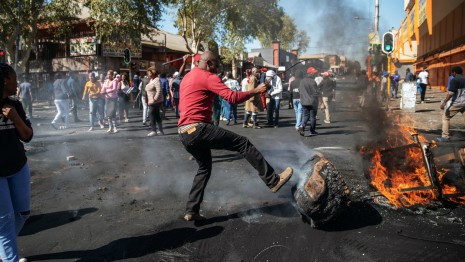 A new wave of xenophobic violence rocking South Africa has left 3 Nigerians injured and seeking refuge at a police station.

The attack started off in the early hours of Tuesday October 22, at different locations of Witbank, Mpumanlaga Province of South Africa.

Mr Odefa Ikele, the spokesperson of the Nigeria Union South Africa (NUSA) who confirmed the incident said some Nigerians who were attacked by a group made up of community members and taxi drivers are now seeking refuge at Witbank police station.

The fresh xenophobic attack against Nigerians is coming weeks after President Muhammadu Buhari visited South Africa, calling for the protection of Nigerians and other foreign nationals living in the country.
By Linda Ochagla at Wednesday, October 23, 2019