No fewer than 300 men and women including widows in Otukpo, Benue State received social empowerment tools from former President of the Senate, Senator David Mark.

Distributing the items , Senator Mark urged the beneficiaries to deploy the equipment to maximum use; improve their wellbeing and by extension help their neighbours and communities conquer poverty in the land.

Represented by his wife, Helen, Senator Mark noted that the project was facilitated by the Sustainable Development Goals under its 2018 programme to help alleviate poverty in our communities.

He reiterated that he will continue to contribute to the wellbeing and development of Benue State and Nigeria at large in or out of public office.

Senator Mark noted that in his 20 years sojourn in the Senate , “ I strives to impact on our people and communities positively chief of which is the facilitation of the Federal University of Health Sciences, Otukpo ( FUHSO) soon to commence Academic activities, the Loko/Oweto road and bridge projects  linking Benue, Nasarawa and Abuja, multi purpose Dam situated at Otobi -Ankpa as well National Open University of Nigeria(NOUN) Otukpo study centre among others .

In his remarks, chairman of the Peoples Democratic Party ( PDP ) in Benue , Sir John Ngbede expressed appreciation to Senator Mark pointing that his quality representation especially as presiding officer in the Senate for eight uninterrupted years remain a reference point in the contemporary political history of Nigeria.

Two of the widows;  Mrs Mary Opinta and Veronica Onche who benefited from the programme said they will put the equipment into maximum use to help address the challenges facing their families . 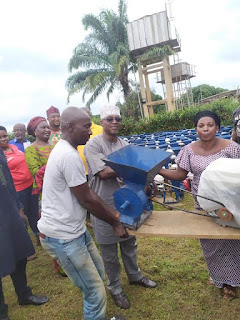 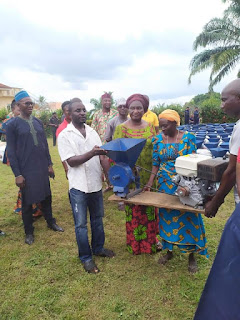 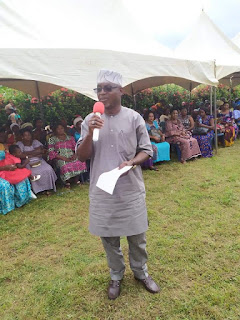 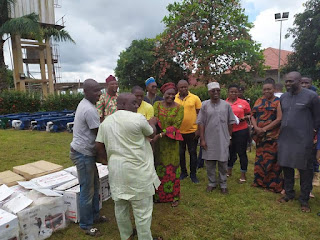 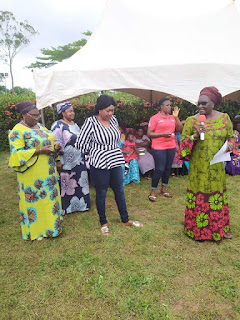