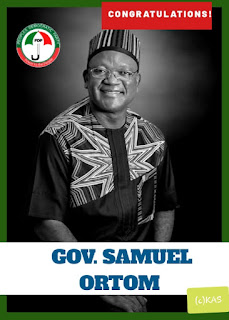 Reading the judgement which lasted for 9 hours, Justice Olusiyi said Jime, who is the first petitioner failed to provide substantial evidences to prove his allegations of over voting, non-compliance with the provisions of Electoral Act, 2010, as amended and that the second respondent, Governor Ortom did not score the majority of lawful votes .

He averred that when a petitioner makes non-compliance the basis of his petition, he must show cogent evidence to  prove his averment polling unit by polling unit, ward by ward and how non-compliance affected the outcome of the election in favor of his opponent.

It maintained that until section 49 of the Electoral Act, 2010, is amended, the permanent voters registers remains the instrument for accreditation and the smart card reader machine cannot be the basis of challenging any election, as doing so will amount to forming clouds and winds without rain.

The tribunal described the  testimony of the witnesses  called by the petitioner as inadmissible hear say evidence, contradictory, inconsistent unreliable, untruthful without any value .

It held that it was satisfied that the Independent National Electoral Commission, INEC, conducted the March 9 and March 23,2019 governorship election in Benue State in compliance with the provisions of the Electoral Act, 2010,as amended.

Reacting to the judgment, Governor Ortom’s lead counsel, Chief Sebastian Hon, SAN, described the ruling as sound, adding that if the petitioners appeal the judgement, he will file a cross appeal.

Also commenting on the judgement, the State Chairman of the Peoples Democratic Party, Sir John Ngbede said the judgement of the tribunal is a reflection of what happened at the polls on March 9 and February 23,2019. 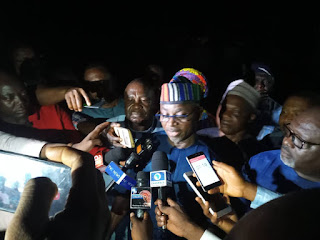