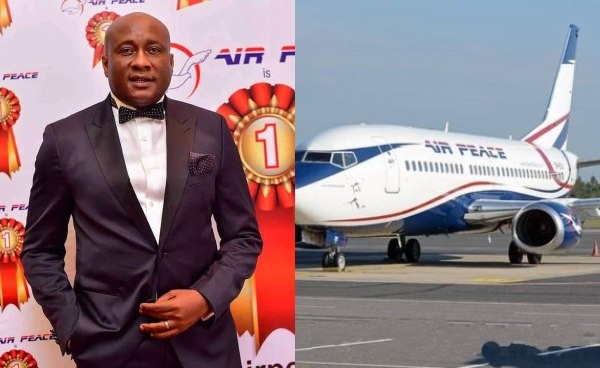 The Chairman and CEO of Air Peace, Allen Onyema has been declared wanted in Canada after being indicted over an alleged bank fraud and money laundering in the United States.

Though Allen Onyema and Air Peace’s head of finance and administration Ejiroghene Eghagha have vehemently denied the allegation against them, a US court have issued their warrant of arrest. Read Here

It was further gathered that a corresponding warrant of arrest for Allen Onyema and Eghagha was issued in Canada by Russell Vineyard, a magistrate at the United States District Court for the Northern District of Georgia on September 5. They are to be taken into custody if sighted within the jurisdiction of the Canadian law enforcement authorities.

Documents revealed that American authorities have also reportedly briefed their Canadian counterparts about their case against the two Nigerians whose bank accounts used for the alleged suspicious transaction in the United States were domiciled in Canada.
By Linda Ochagla at Sunday, November 24, 2019