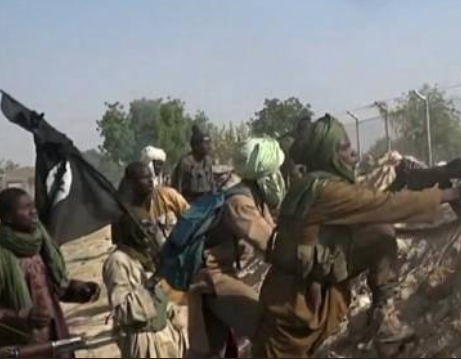 The rampaging terrorists reportedly stormed Aljannaru, a village between Adamawa and Borno states on Sunday morning.

A local, David Yaro, told SaharaReporters that, "They arrived before dawn riding camels, with herds of cows destroying farms. They then climbed a hill overlooking the village and opened fire sporadically, before carrying out house-to-house attacks. They killed six persons assisting with security."

A security source also told SaharaReporters that the gunmen wielded sophisticated weapons including AK 47 riffles during the attack. Modibbo Tola, a senior member of the hunters group in the state, confirmed the killing of their members, saying;

‘’Yes, I can confirm to you that we lost six members during the attack by the gunmen riding on camels.
While we mourn our members including a top official in Gombi Unit, we will continue to help our people by providing security."