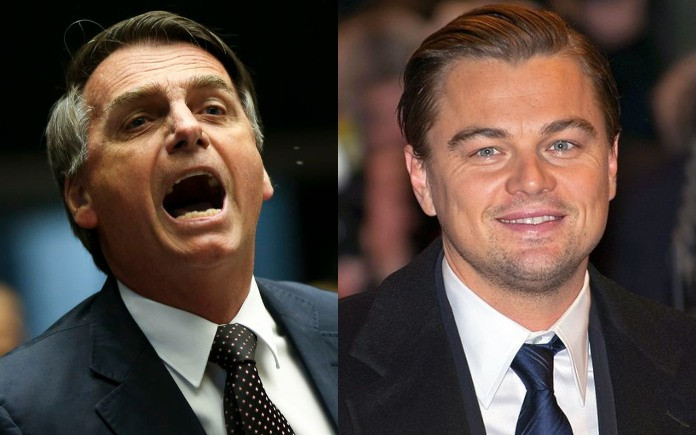 Brazil's President Jair Bolsonaro has blamed Hollywood actor, Leonardo DiCaprio for making donations to nonprofit organizations that he claims are behind some of the fires in the Amazon rainforest.

Back in August, Earth Alliance, an environmental group co-founded by Leonardo DiCaprio, made a donation of $5m to help combat the fires that destroyed large parts of the Amazon rainforest.

But Speaking on Friday, November 29, Bolsonaro told supporters: 'DiCaprio is a cool guy, isn't he? Giving money to set the Amazon on fire.'

His comments comes after a police raid at the headquarters of two nonprofit groups in the Amazonian state of Para. According to Police, they are being investigated for allegedly igniting fires to obtain funding through nonprofits.
By Linda Ochagla at Saturday, November 30, 2019