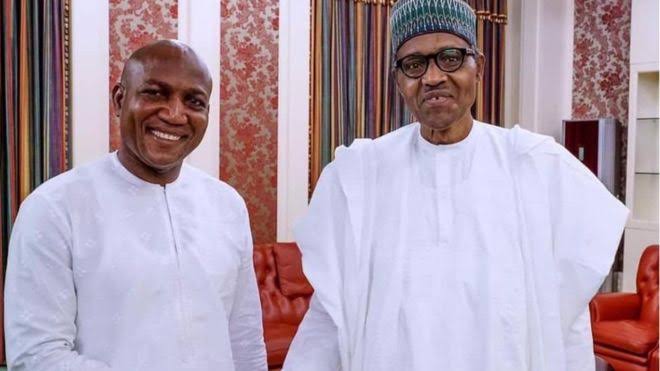 President Muhammadu Buhari on Monday met with the Bayelsa State Governor-elect, David Lyon at the Presidential Villa, Abuja.
Lyon was declared winner of the November 16 governorship election in the State.
He won with 352,550 votes against 143,172 scored by the Peoples Democratic Party (PDP) candidate Douye Diri.
Lyon was accompanied to the Villa by the Chairman All Progressives Congress (APC) governorship campaign and Jigawa State Governor, Abubakar Badaru, Governor of Kebbi State, Atiku Bagudu and the Minister of State for Petroleum, Timipre Silver.
The meeting was still in progress at the time of filing this report
By Linda Ochagla at Monday, November 18, 2019