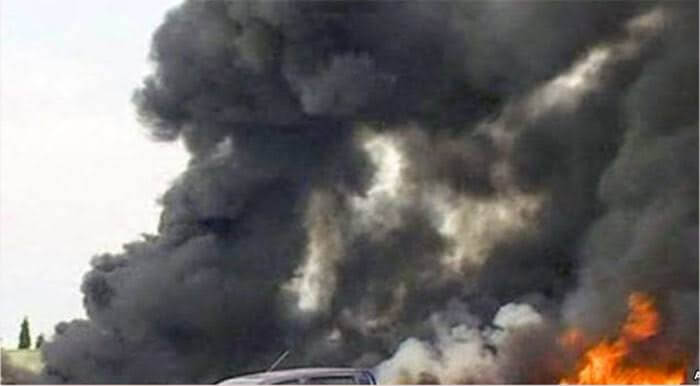 Some armed robbers have blown up the entrance of a commercial bank in Oye, Ekiti State.

The robbers were said to have invaded the bank after blasting the entrance door with a dynamite on Thursday.

The Police Public Relations Officer in Ekiti, Caleb Ikechukwu, who confirmed the development to Channels TV, said the incident took place around the closing hour of the bank.

Casualty figures are presently sketchy but the TV station quoted an eyewitness as saying the robbers set a police van ablaze.

Two persons were also feared killed by the criminals