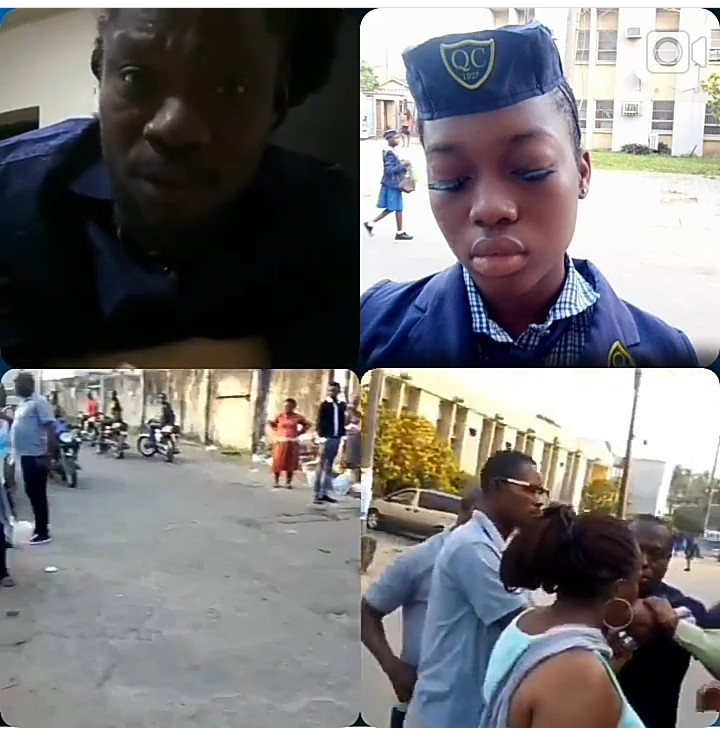 Veteran Nigerian singer Daddy Showkey has weighed in on the incident at Queen's College which saw a mother dragging a security guard of the school for harassing her daughter for coming to school in artificial lashes.

In the video, the security officers and a teacher are seen dragging the girl and forcing her to raise her face so they could film her. The mother attempted to pull her daughter away from them but they held on tight. They ended up creating a scene.

The video has led to a debate as some wondered why the mother let her daughter go to school with artificial eyelashes while some asked if the school couldn't have handled it better.

Reacting to the video, Daddy Showkey said: "My people, look this very issue, who is right and who is wrong? Is it Queen's College, a school that is supposed to be one of the best school in Nigeria, or the child's mother that is protecting her child, or the security man that is holding the hand of the child and allowing people to video her because of eyelashes that she put on?

He added: "How can you be videoing a student in your school? And look at the teacher opening her mouth that 'video her, video her.'"

In the caption, he added, " See how backward our educational system is. It's a shame." 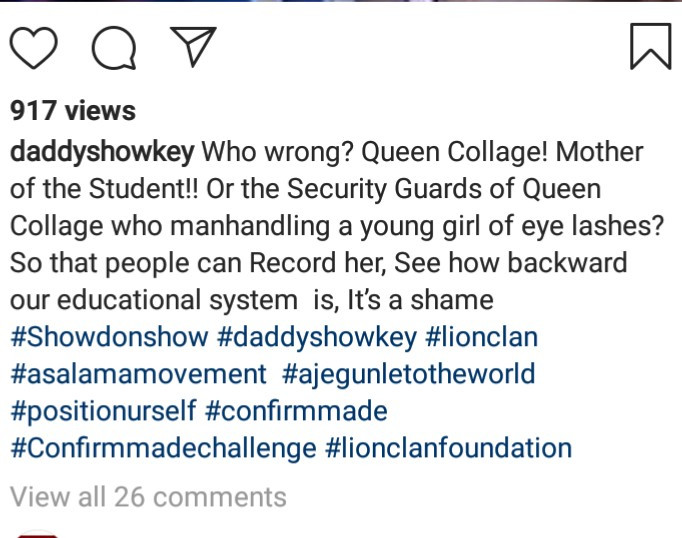 Listen to him speak in the video below:


Daddy Showkey reacts to video of Queen's College security and teacher harassing and filming a student for wearing lashes while her mum defends her.
A post shared by Lindaikejiblog (@lindaikejiblogofficial) on Nov 20, 2019 at 4:05am PST