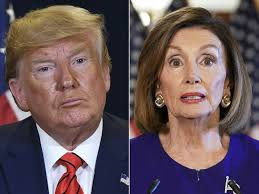 President Trump lashed out at House Speaker Nancy Pelosi (D-Calif.) in a tweet early on Tuesday morning, misquoting her while characterizing the ongoing impeachment inquiry as a ploy to skirt around the 2020 election because “she thinks I will win.”

Trump weighed in on whether voters should decide his fate rather than Congress after Pelosi addressed that same argument against impeachment in a statement earlier Monday.

Stressing the importance of the impeachment hearings, Pelosi said in a “Dear Colleague” memo, “The weak response to these hearings has been, ‘Let the election decide.’ That dangerous position only adds to the urgency of our action, because the President is jeopardizing the integrity of the 2020 elections.”

Tweeting after midnight Tuesday, Trump attributed a quote about the 2020 election to the House speaker — but it appears the quote actually came from a Fox News reporter , Mike Emmanuel, in a broadcast an hour earlier.

Emmanuel. Just after 11 p.m. Monday, tweeted “House Speaker Nancy Pelosi circulated a memo to Democrats tonight telling them it would be dangerous to let voters decide President Trump’s fate when it comes to the Ukraine investigation." 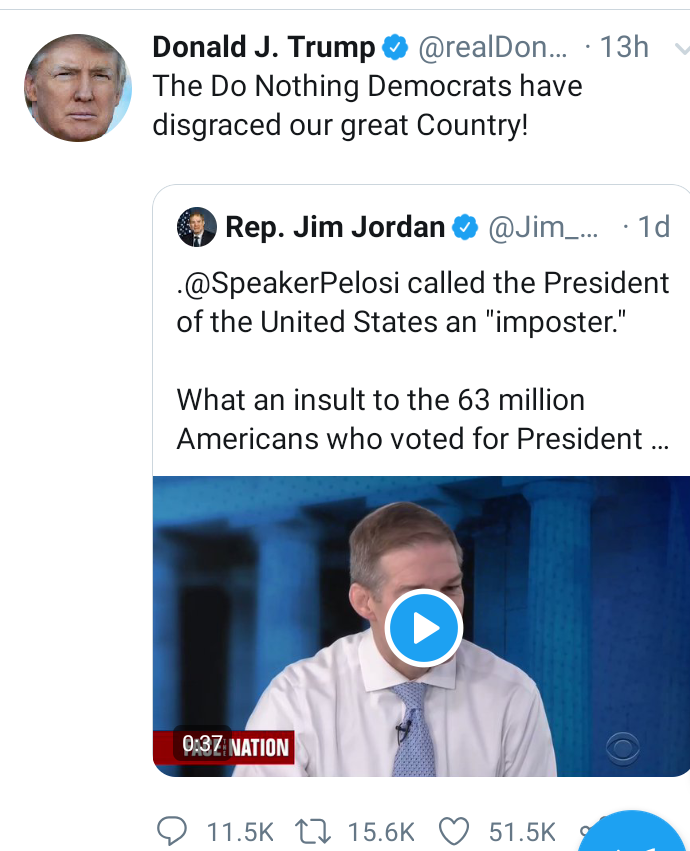 Alluding to Fox, Trump wrote: “Nancy Pelosi just stated that ‘it is dangerous to let the voters decide Trump’s fate.’ @FoxNews In other words, she thinks I’m going to win and doesn’t want to take a chance on letting the voters decide. Like Al Green, she wants to change our voting system. Wow, she’s CRAZY!” 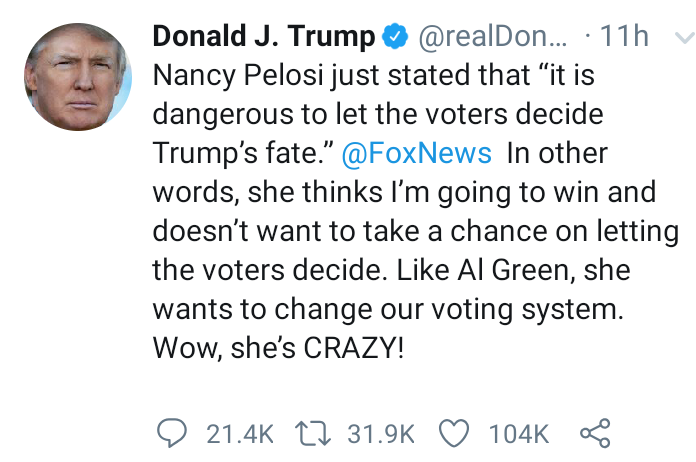