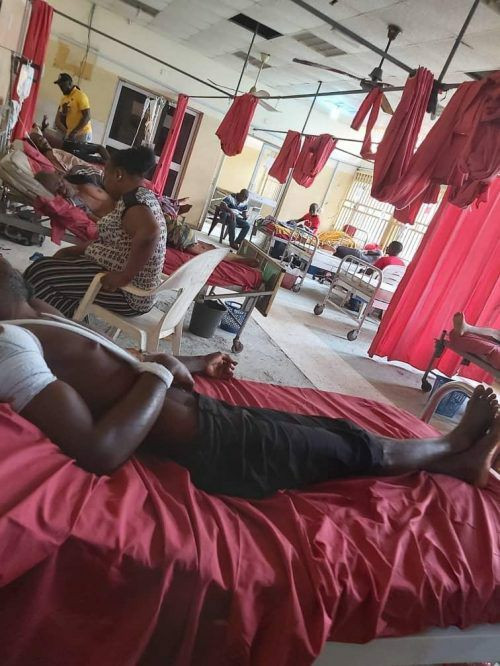 A farmer is lying critically ill at the University of Port Harcourt Teaching Hospital, UPTH, after he was stabbed by alleged herdsmen in his farm on Wednesday, in Mgbodo-Aluu community in Ikwerre Local government area of Port Harcourt, the Rivers State capital.

According to reports, the farmer simply identified as Godwin was in his farm when some herdsmen entered into it with their animals to graze.

The farmer insisted that the herdsmen should not graze their animals on his cucumber farm as the crops were ripe for harvest.

An attempt by the farmer to resist the herdsmen, degenerated from a heated argument to a physcial combat during which the farmer was overpowered and stabbed by the herdsmen.

The victim was rushed to the Accident and Emergency Ward of the UPTH, for immediate attention. He is currently in the male ward with his head and shoulder still in bandage.
By Linda Ochagla at Friday, November 29, 2019