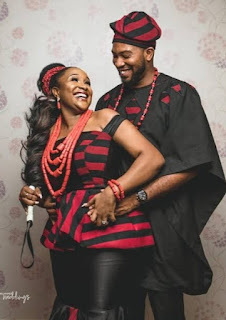 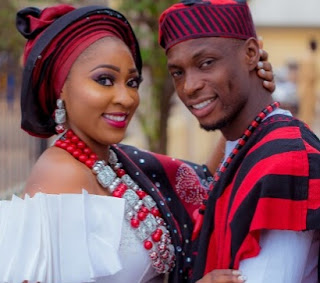 
The traditional ruler of Otukpa, the headquarters of Ogbadibo LGA of Benue, Chief Sir Sunday Ekele Jp has banned intending groom in the community from spending more than N100, 000 on traditional wedding.
According to Chief Ekele, the decision became imperative following complaints from young men in the community that outrageous bride price has been discouraging them from getting married.
Speaking on a live programme monitored on Joy FM, Otukpo on Thursday by IDOMA VOICE, the monarch said any one found flaunting the new law would be penalized.
“Money should not prevent anyone from getting married in our community. From now onward, no one should spend more than hundred thousand naira before he gets a wife in our community. We need to encourage the young men so they won’t be scared of going into marriage,” he said.
Recall that the Chairman, Tiv Area Traditional Council led by the Tor Tiv, His Royal Majesty, Ochivirigh, Prof. James Ayatse had recently set up a 15-member committee to do something about the high bride price and expensive burial requirements for burial rites in Tiv land.
The committee, which has three months to submit its report, is headed by His Royal Highness, Chief Jam Gbinde Ter Ikyor, and had been directed to investigate the reasons for the high bride price and recommend ways of addressing the challenge
By Linda Ochagla at Friday, November 29, 2019