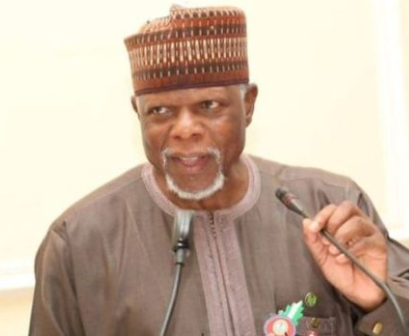 The Comptroller-General of Nigeria Customs Service (NCS), Col. Hameed Ali (rtd) has vowed to sack any officer who cannot live within his or her remuneration and involve in illicit ways to acquire wealth.

Ali gave the warning while decorating some newly promoted officers of the service in Abuja on Friday, November 23rd. The service recently promoted 2,508 officers to various ranks and appointed three as members of its management.

The customs boss warned that no officer in the service should live above his or her earnings if they desire to remain in service. According to him, every officer could survive within the remuneration package of the service, if well managed.

“I will show the way out to any officer who thinks he can not survive with his remuneration but involve in illicit ways to acquire wealth. I know the service gives you enough that you can survive with, it is just a question of prudence.
“You can never have everything you that you desire to acquire. You must prioritise your needs and by the time you do that, you will meet your needs,” he advised.

Ali charged the newly promoted officers to be more committed and dedicated to their duties. He advised them to take their jobs seriously, be fair and firm in ther decisions and actions. Ali enjoined the promoted officers to uphold the change mantra in the service and be part of the reform being carried out.

David Chikan, Deputy Comptroller-General who spoke on behalf of the promoted officers thanked the management for their elevations. Chikan assured that they would justify the confidence reposed in them.
By Linda Ochagla at Saturday, November 23, 2019