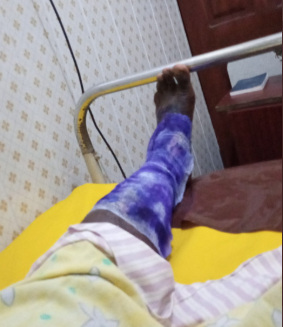 A man is lucky to be alive after his gas exploded and parts of his body were burnt in the fire. He went on to narrate all the challenges he faced while trying to get immediate medical treatment.

Mr Vwokay said: "Lagos and Nigeria will kill you with your money and there is nothing you can do about it."

He narrated how he called a friend to help take him to the hospital but she was held up in traffic and arrived late. When she eventually arrived to drive him to the hospital, the journey that should have been 5 minutes ended up taking 30 minutes because of the bad road.

On getting to the hospital, the nurse was clueless and had no idea what to do. He had to wait for the doctor. The doctor also delayed for about 7 minutes before attending to him.

Mr Vwokay said at some point during his ordeal, it dawned on him that if his condition was life-threatening, he would have died a long time ago due to the poor state of things in the country.

He added that it's better to live as a second-class citizen in a racist foreign country because you will, at least, have access to "basic health amenities and an organized system".

Read his tweets below. 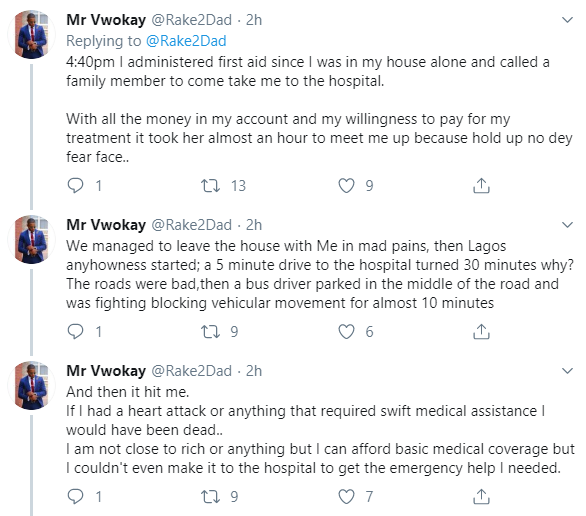 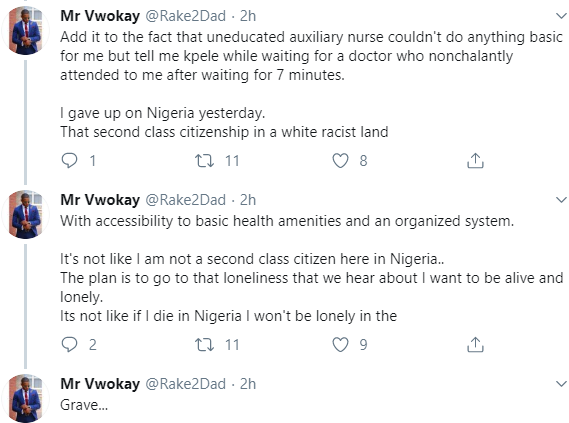 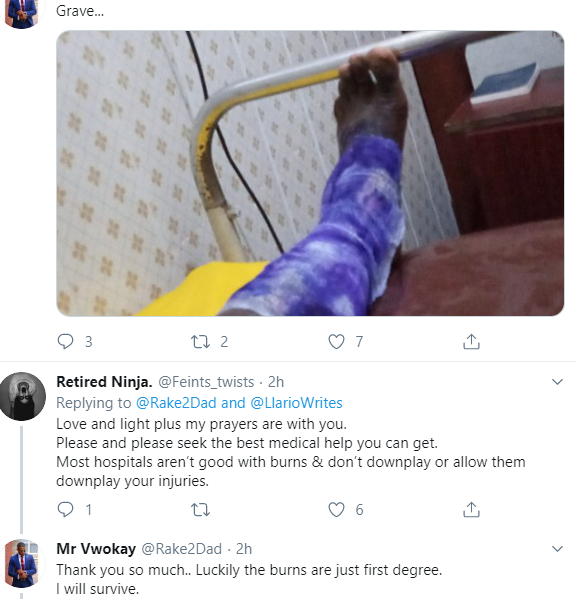