Methodist Church of South Africa gets its first female Bishop 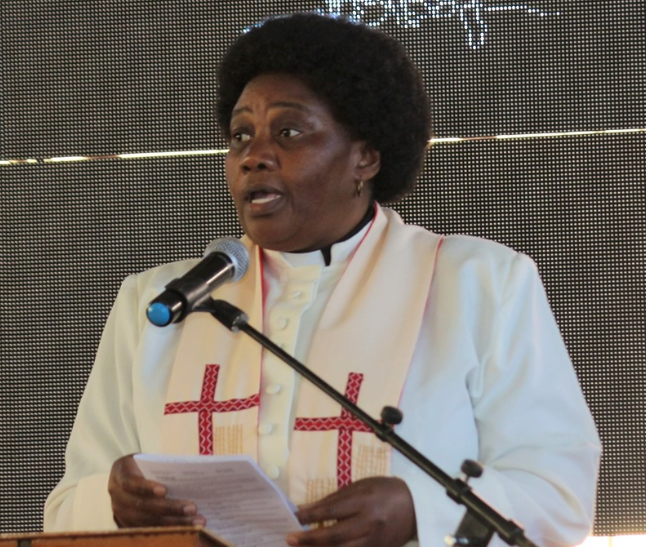 Purity Malinga made history as the first female Bishop of the Methodist Church of South Africa following her induction on Sunday November 17.

The female cleric who was elected in May 2019 will be taking over from Reverend Ziphozihle Siwa.

Speaking to newsmen after her induction on Sunday, Malinga said she learnt valuable but hard lessons during her long spiritual journey.

She further disclosed that she suffered disrespect, was second guessed and most times seen as only belonging to women because she is a woman.

“Disrespect, mostly being doubted and being seconded guessed even when you have been given responsibility to minister," Malinga said.
"There will be people or groups of people who see you as only belonging to women because you are a woman.
“Being yourself, trust God, don’t try to please anybody except God. Focus on your calling and your gifts, and those have been for me the main" she said.

Reverend Frank Chikane from the South African Council of Churches described Malinga's induction as the first female Bishop of Methodist Church of South Africa as an extraordinary thing.

"To have a woman as the presiding Bishop for the first time, it’s an extraordinary thing,” said Reverend Frank Chikane said.

Malinga was born and raised in the small rural town of Ixopo, KwaZulu-Natal, and is a qualified teacher. She practised as a teacher for five years before she entered the ministry in 1981.

Malinga also holds a Master of Divinity degree from Harvard University and she previously served as the deputy president of the South African Council of Churches, the chairperson of the KZN Council of Churches, a member of the Diakonia Council of Churches and also a lecturer at the Federal Theological Seminary and John Wesley College.
By Linda Ochagla at Monday, November 18, 2019