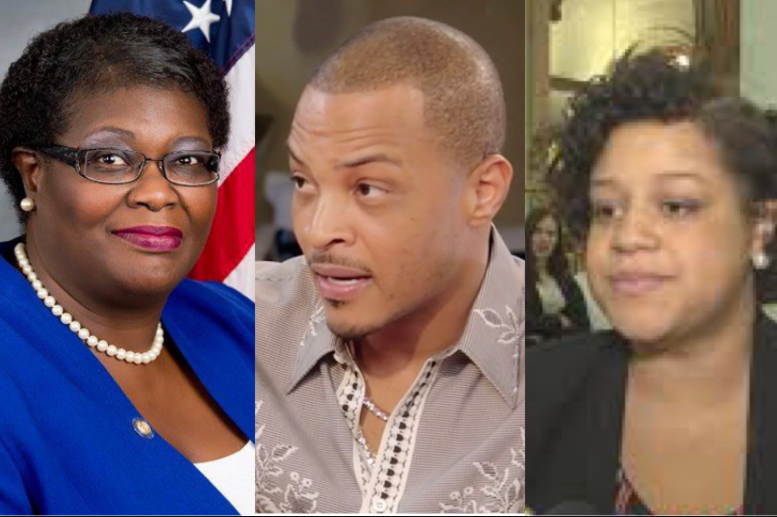 Two lawmakers in New York have introduced new bill that would stop doctors from “performing or supervising virginity examinations” after rapper T.I's controversial interview, where he revealed that he takes his 18-year-old daughter to the gynecologist to check her hymen and confirm she's still a virgin. Read HERE

Their new bill argues such checkups are abusive and could have detrimental effects. “These examinations are not only a violation of women’s and girls’ human rights, but in cases of rape, can cause additional pain and mimic the original act of sexual violence, leading to re-experience, re-traumatization and re-victimization,” the bill reads.

“It’s misogynistic, it’s appalling,” Solages recently told the New York Post. “I was horrified to see this was happening. If a celebrity can impose his power to ensure his 18-year-old daughter gets checked, imagine what can be done in households across New York state?”

This comes weeks after rapper T.I revealed on Ladies Like Us podcast that he takes his daughter to the gynecologist to check her hymen.

The rapper said: "Not only have we had the conversation, we have yearly trips to the gynecologist to check her hymen."

"Yes, Yes I go with her. I go with her. So it’s this one time we go, I think this might have been after her 16th birthday. This is what we do… Usually, like the day after the [birthday] party, she’s enjoying her gifts. I put a sticky note on the door: ‘Gyno. Tomorrow. 9:30.' "

He has since addressed the comments on Jada Pinkett-Smith's Red Table Talk.

"Firstly, I came to clear up any misconceptions that have been surrounding how we interact and parent and what is appropriate and inappropriate," T.I. began. "I think all of this surrounds a conversation that I was having in a very joking manner when asked how do I deal with parenting in this day and age. And so I just began to—you know, from a place of truth, I began to embellish and exaggerate. And I think that a lot of people kind of like, took it extremely literal. Because if you put any of my reputations by like who I am as a father and who I've been, I honestly thought people knew me better than that."