Figures from the Cinema Exhibitors Association of Nigeria (CEAN) show that “Living in Bondage: Breaking Free” is currently the king of the box office.

After opening on November 8, 2019, the sequel to the 1992 Nollywood classic quickly made a total of N25.8 million in the first two days.

This is the biggest opening weekend for a Nollywood film this year, seconded by “The Bling Lagosian” with N23.4 Million. 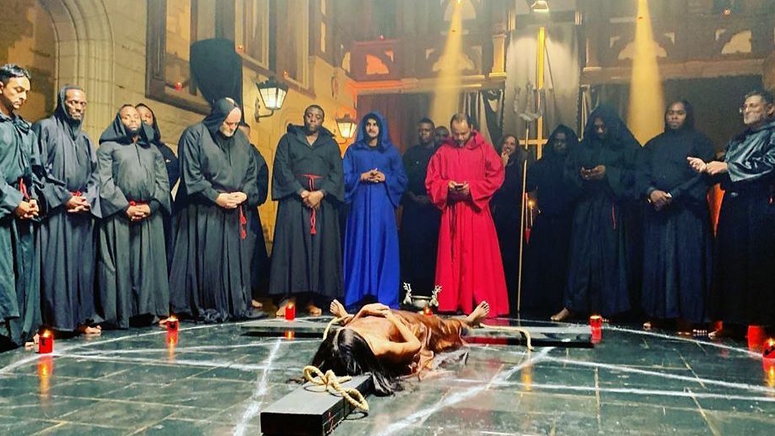 In September 2019, Business Insider Sub Saharan Africa predicted that “Living in Bondage: Breaking Free” was going to be a box office hit.

Newly released data from the Cinema Exhibitors Association of Nigeria (CEAN) show that our prediction was accurate as the sequel opened with N25.8 million displacing movies from huge foreign studios like Fox, Disney and Sony. 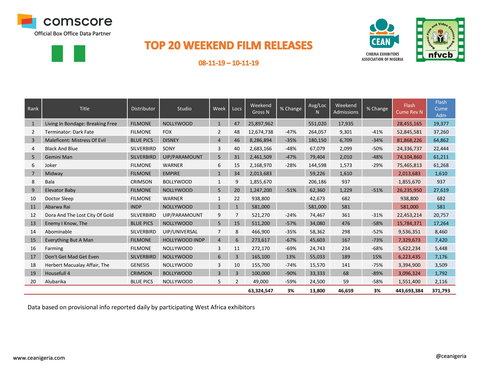 This is in only two days — November 8–10, 2019 — which marks the biggest opening weekend for Nollywood this year.

It is also the highest opening for a non-comedy film, a record formerly held by Kemi Adetiba’s 2018 “King of Boys.”

All about the “Living in Bondage” sequel

The 2019 movie, which is Ramsey Nouah’s directorial debut, continues the story of Andy Okeke through his son, Nnamdi Okeke. Viewers watch on as he follows his father’s questionable path to riches.

Speaking with The Guardian after the screening, the Executive Producer, Dotun Olakurin said, “If you watch Living In Bondage in the 90s, you will know that it is a very powerful story everybody in Nigeria can relate to at some point or the other. What we have done is run the same powerful story into the current times and you can relate to it just as well if not more."

“It brings in all the issues we deal with in Nigeria of today in a way that we can relate with comfortably and happily. It’s like saying you have Mercedes of the 90s and Mercedes of nowadays. For us, it is a child of the child — that a story of the previous story.”