Nigerian woman Angela Okafor who made history by becoming the first Immigrant and Black to win council seat in Bangor, US (photos) 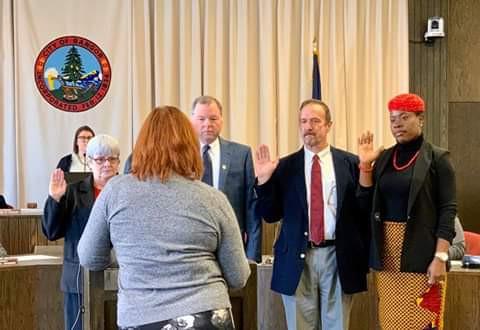 A Nigerian immigrant and attorney, Angela Okafor made history on Tuesday, November 5, when she became the first black to win a councillor seat for Bangor City Council in Maine, United States of America.

Okafor and the others elected were sworn in during a ceremony at Bangor City Hall on Wednesday, Novembr 13. 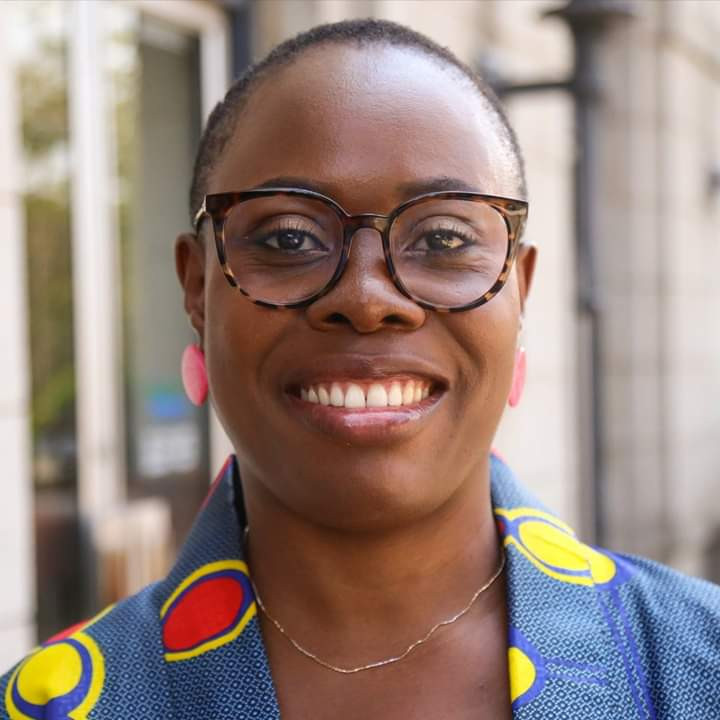 Okafor, from Enugwu-Ukwu in Njikoka Local Government Area of Anambra State, became a United States Citizen earlier this year. Angela and her husband, Ben, who owns two pharmacies, live in Bangor with their three kids.

As a foreign trained and American licensed attorney, she worked in the dish room washing department because she did not get a fair opportunity.
Currently, Angela owns a law practice, an international market, and a hair care business. She served on the Board of the Maine Multicultural Center, and guest lectured at Eastern Maine Community College. She works with students and business bodies and started an affinity group. She is an occasional columnist at Amjambo Africa. She is a public and inspirational speaker. Angela won the Trailblazer award from Empower the Immigrant Woman. 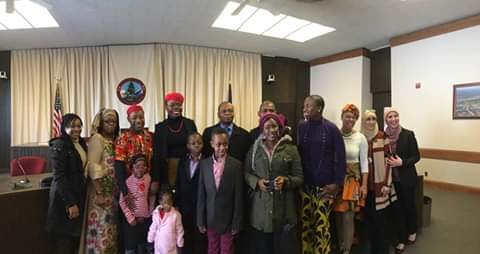 Months after becoming an American citizen, Angela became the first immigrant and first person of color to serve on the Bangor City Council.
"It doesn’t matter where you come from and it doesn’t matter the challenges you face. It’s about how you use the challenges. If it’s a challenge you can use it to push yourself harder. The challenge made me work harder. I’m grateful that I got this." said Okafor.
Sarah Nichols, City Council Chair, said, "City government, all levels of government are open to all. It’s not for the few. I think it’s really important in terms of showcasing what this community is made of."

Taking to her Facebook page, Angela Okafor shared her excitement over making history

"I am still literally unbelievably shaken by what we did tonight! I had tried calling my dad in Nigeria to inform him that his little girl who was not sure of going to college let alone studying Law has just made history in the greatest Country in the planet earth!!! Thank you for every advice, time, financial support, good wishes, prayers, childcare, and especially to those who told me I could not!!! Your doubt of me pushed me to defy those odds!! Thank you for being God's unwilling tool to get me working harder!!! To every little child there, what you have control over is where your power is. I started as the underdog but by reaching out, asking questions, listening, asking again, I got you all on my side!!! I personally knocked on more than 1,000 doors, spoke to uncountable more on the streets, at the stores, at kids games, practices and activities. You had me drop off my cards on trash cans so I can stay away from your dogs that I am petrified of ( you do not want to see me around a dog). It is not who you were born as but what you make of who you are!!! Thank you! Thank you!! Thank you!!!! I cant even coordinate my thoughts . Thank you to everyone who stuck out their neck for me! But now the real hard work begins!!! I will be needing your help more now! I do not know my left from my right but will be counting on your ideas and advices and holding me accountable respectfully and with love!!! Please do not put a bag of salt on my head and become a rain maker after me!!! We did the hard part! Now let's roll up our sleeves and get to work on the real things!!! 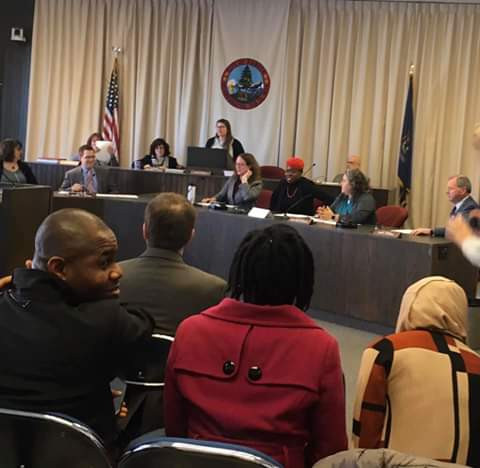 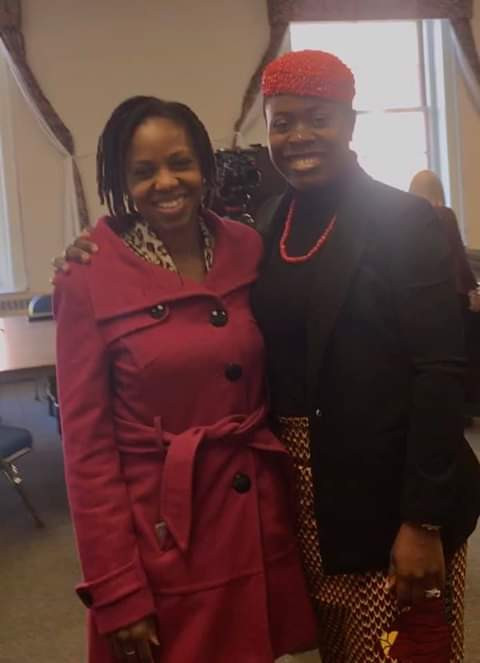 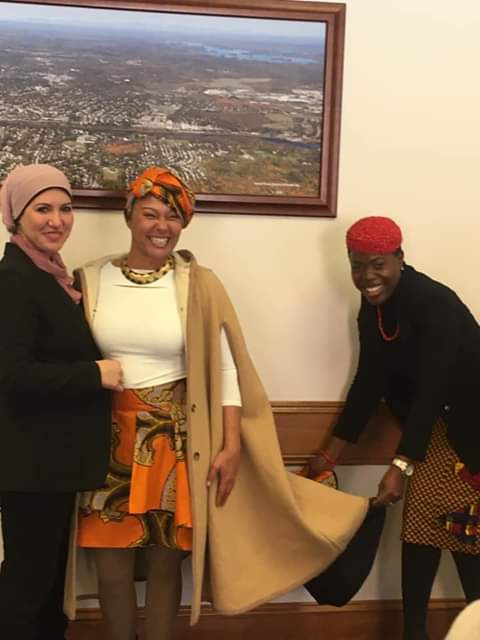 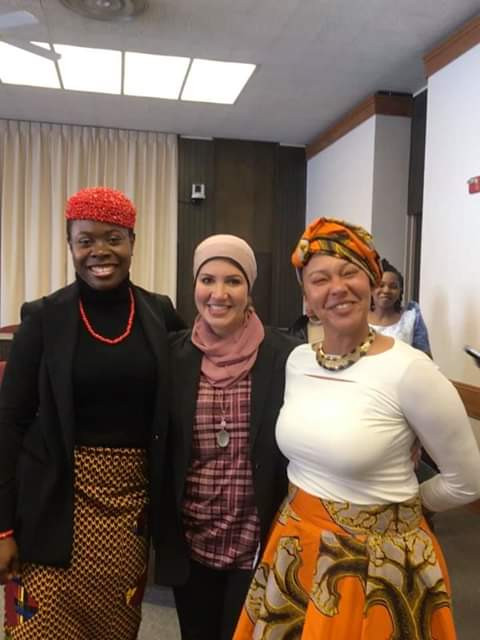 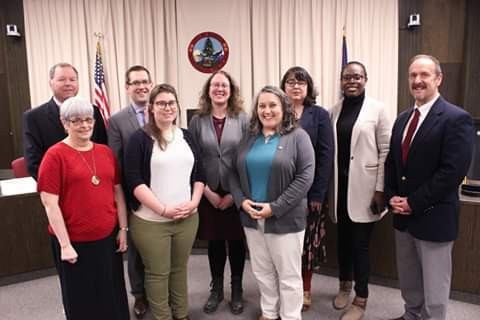 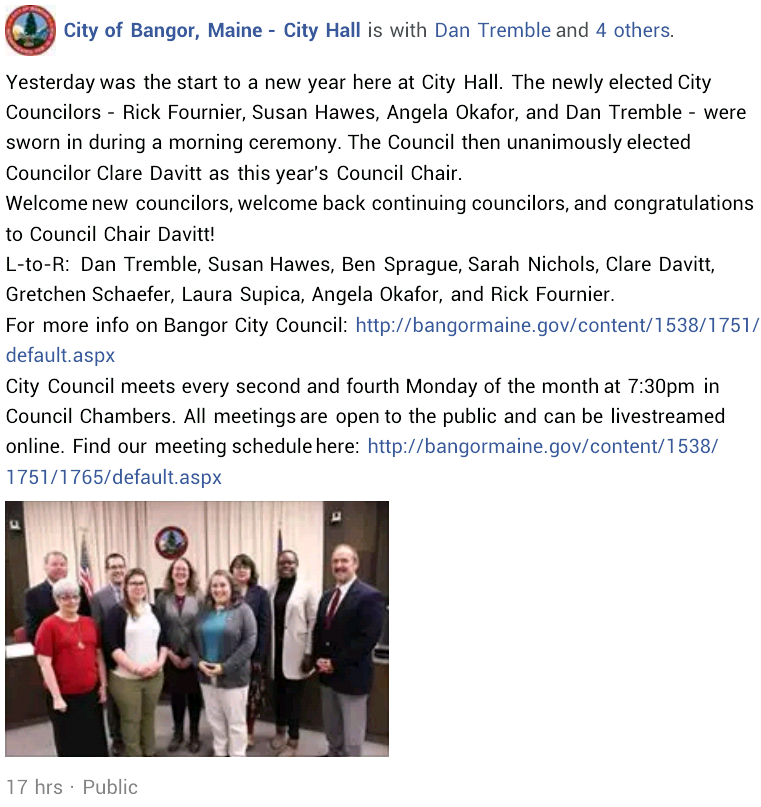