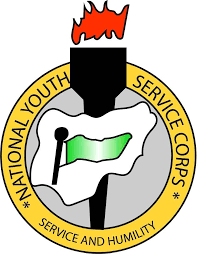 Read the press statement from the management below..

The attention of the Management of the National Youth Service Corps has been drawn to a story making the rounds, purporting that a Corps Member serving in Kogi State, deployed for November 16 gubernatorial electoral duty was eliminated by some political thugs in the course of the national assignment.
The Management of the Scheme wishes to emphatically state that nothing of such happened. No Corps Member died or sustained injury either in Kogi or Bayelsa States during the said gubernatorial elections.The Corps hereby enjoins Nigerians to disregard the fake story, originated and spread by some mischievous elements.
It is very apt to place on record that prior to the conduct of the elections, the Director - General of the Scheme, Brig Gen Shuaibu Ibrahim had robust engagements with the security agencies with the cardinal thrust of safeguarding the lives of Corps Members, before, during and after the elections.
Graciously, the engagements paid off, as formidable security architecture was built round the Corps Members, resulting in none of them coming in harm's way, for which the Scheme remains grateful to God and the security agencies.
For the avoidance of doubt, the NYSC shall never shirk its responsibility of prioritising the security and welfare of Corps Members who have in the last 46 years of the Scheme's existence played critical roles as vanguards of national unity, integration and development.