The Governor while inaugurating the chairmen and members of the Boards at the New Banquet Hall of the Benue Peoples House Makurdi, urged them to imbibe the virtues of transparency, accountability, equity, justice, fairness, selflessness, forgiveness and restitution among others in the discharge of their duties.

He stated that the previous boards performed at their lowest ebb and charged the newly inaugurated to live up to their expectations, even as he pledged his support to enable them succeed.

The Governor congratulated the Board Chairmen and members for the opportunity to serve the state in their various capabilities, stressing that they should work hard to improve service delivery in their various agencies for the good of Benue citizens.

Hon. Mike Mku, chairman of the board of BIPC, who responded on behalf of all the chairmen and members of those inaugurated, pledged their commitment to deliver on their various assignments by supporting the Governor to turn around Benue for the better, stressing that they would leave their organisations better than they met them.

Other members of the baord of BIPC include Messrs James Gwabo, Terna Iorkyaan, Daniel Onda as well as MD BIPC, Commissioner for Industry, Trade and Investment and Attorney General and Commissioner for Justice.

Mrs. Rebecca Apedzan, Patrick Ogbu and Emmanuel Aondoaver Nyiyongo were also inaugurated as members of the BIRS in addition to Executive Chairman and others that were appointed before, while Mrs. Comfort Agogo was inaugurated as Chairperson, State Primary Health Care Board. 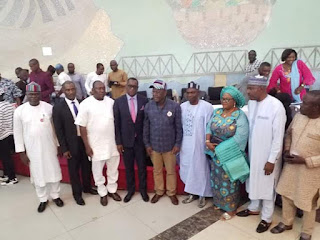