Photo: Seven civilians were killed near Interior Ministry in Kabul 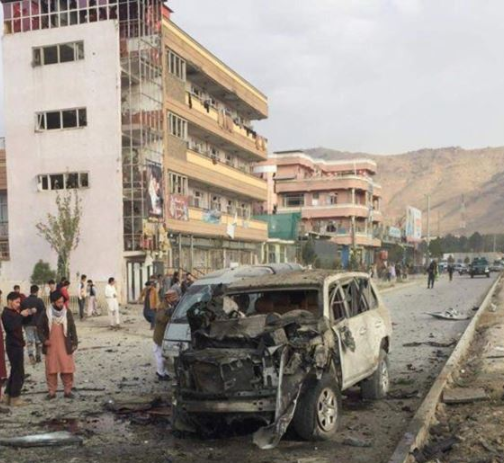 At least seven civilians were killed and seven wounded when a car bomb was detonated in the Afghan capital of Kabul during rush hour Wednesday, an interior ministry spokesman said.

The spokesman, Nasrat Rahimi, said the bomb had gone off in a neighborhood that is near the interior ministry and north of Kabul airport.

He said the dead were all civilians, adding, "This is the initial information, more details later."

Nasrat Rahimi added on Twitter that the death toll may change as the target area has not yet been cleared.

The blast occurred at around 7:25 a.m. local time on Wednesday in the Qasaba area in Police District 15 of Kabul city, where several foreign NGOs are located.

A source at the interior ministry said the blast was detonated by a suicide bomber in the car, and that it was targeting a convoy of foreign advisers with the Interior Ministry. Local media said some vehicles were also damaged following the blast. 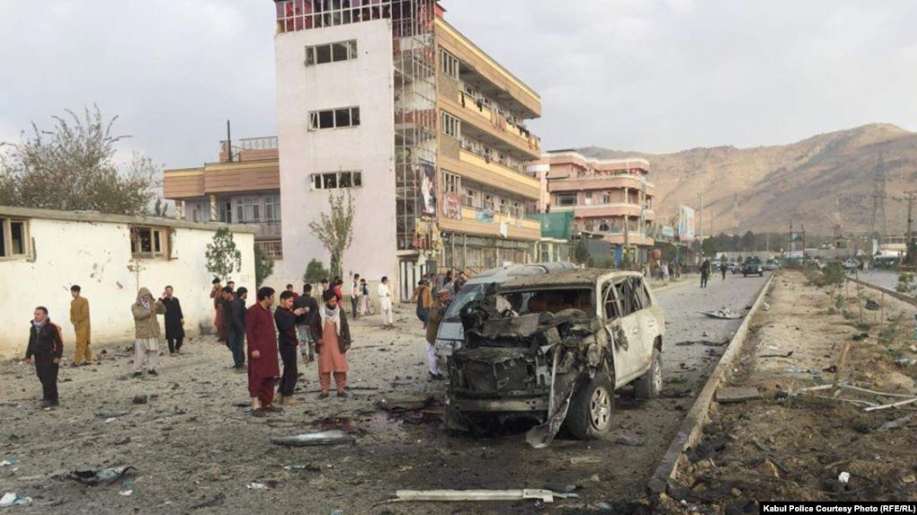 No sect has claimed responsibility yet. Both the Taliban and the Islamic State group are active in Kabul, which is one of the deadliest places in the war-torn country for civilians.

The blast came one day after Afghan President Ashraf Ghani announced that Kabul would release three high-ranking Taliban prisoners in an apparent prisoner swap with Western hostages who were kidnapped by the insurgents in 2016.

The three Taliban prisoners include Anas Haqqani, who was seized in 2014 and whose older brother is the deputy Taliban leader and head of the Haqqani network, a notorious Taliban affiliate, Hindustan Times reports.

Ghani did not specify the fate of the Western hostages - an Australian and an American, both professors at the American University in Kabul - and it was not clear when or where they would be freed.

The two, American Kevin King and Australian Timothy Weeks, were kidnapped in August 2016 from the heart of Kabul.

The American hostages later appeared looking haggard in a Taliban hostage video, with the insurgents going on to say that King was in poor health.

Ghani noted in his speech that "their health has been deteriorating while in the custody of the terrorists".

Gani also did not state when or where the Taliban prisoners would be freed. But he said that he hoped the decision would help "pave the way" for the start of unofficial direct talks between his government and the Taliban, who have long refused to negotiate with the administration in Kabul.
By Linda Ochagla at Wednesday, November 13, 2019