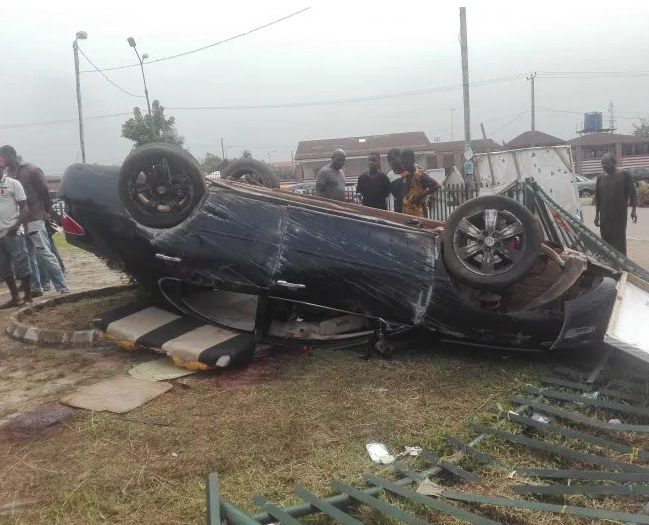 The Federal Road Safety Commission (FRSC) in Osun State on Saturday, November 16th confirmed that seven persons died in a road accident on Osogbo-Ikirun Road, with only one survivor.

The Sector Commander, Peter Oke, made this known in Osogbo saying, “the accident involved an articulated vehicle and a mini-bus with eight passengers which occurred on Osogbo-Ikirun Road in which only one person survived.

“Five male and two female, who are traveling in a Mistubishi (Space Wagon) lost their lives, while a female survived with injuries. A truck (Mark) with Registration No. FST597XY and a Mistubishi Space Wagon with Registration No. JJJ59CJ collided in the accident.
“All the corpses and the only survivor have been taken to Ladoke Akintola University of Technology (LAUTECH) Teaching Hospital in Osogbo,” he said.

The sector commander noted that the accident was as a result of speeding without road consciousness. Oke, however, enjoined motorists to steer clear of anything capable of causing road accidents adding that the command would not spare anyone who went against road traffic regulations.
By Linda Ochagla at Sunday, November 17, 2019