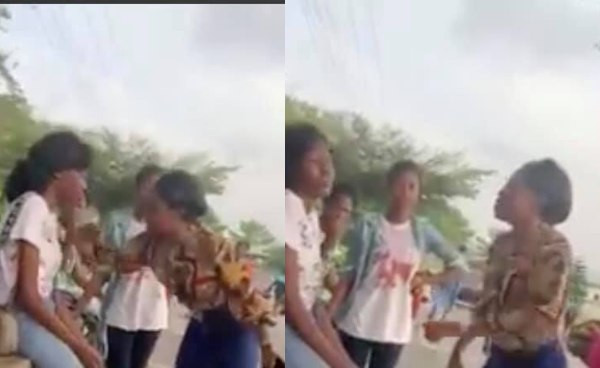 A video of a Polytechnic of Ibadan student confronting her schoolmate for allegedly flirting with her boyfriend has surfaced, days after a FUTA student was assaulted by her schoolmates over a "boyfriend".

The visibly angry student who was surrounded by other students was spotted pushing her schoolmate on the chest and on her forehead.

The looming fight was however evaded after the confronted student walked away from the scene.

Here is the video below;

According to the eyewitness, student of Polytechnic Ibadan accused fellow female student for dating and doing her boyfriend.