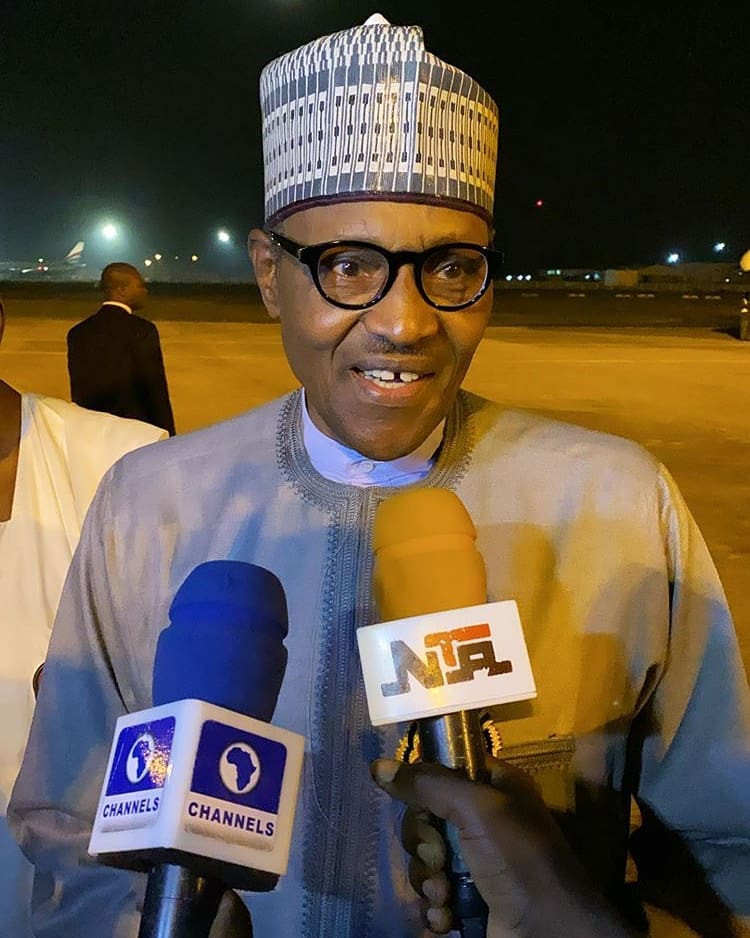 President Buhari has reacted to reports of 35 persons reportedly dismissed from the office of the Vice President, Yemi Osinbajo. Reports were rife online early this month that the alleged silent war between the President and his Vice had taken a different dimension with the president terminating the appointment of 35 aides of the Vice President. Nigerians were of the opinion that the move was to stiffle Osinbajo and get him to resign.

Reacting to the reports, the President said it is regretable that such a thing can be politicised. According to him

They said 35 people were sacked in Vice President's office.  We just created a Ministry and we reorganized and people are giving it ethnic and political dimension. It is unfortunate'' he said

Watch a video of him speaking on the matter below


President Buhari last night arrived Abuja after his private visit to the United Kingdom
A post shared by Lindaikejiblog (@lindaikejiblogofficial) on Nov 15, 2019 at 5:33pm PST