Seven men arraigned for impersonating members of the Nigerian army 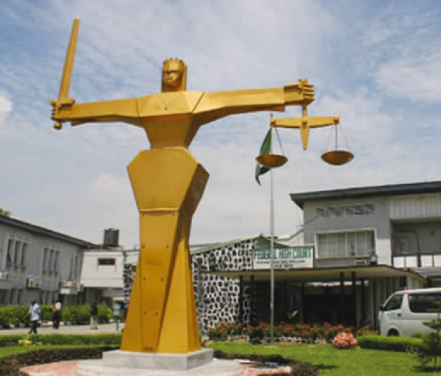 The Nigerian police on Friday, November 22nd arraigned seven men before an Ikeja Chief Magistrates’ Court for allegedly conspiring and impersonating as members of the Nigerian Armed Forces.

The defendants, however, pleaded not guilty to the charge. According to the Police Prosecutor, ASP Ezekiel Ayorinde, the defendants conspired and portrayed themselves as military men by wearing full Nigerian Army Camouflage, a representation they knew to be false.

Ayorinde alleged that the defendants committed the offences with others still at large on Sept. 10 about 6.30 p.m. in Ikotun, Lagos.

“The defendants were apprehended when they could not give satisfactory ownership of the camouflage uniforms in their possession,” he said.

The Chief Magistrate, Mrs B. O. Osunsanmi, admitted the defendants to bail in the sum of N200,000 with two sureties in like sum. She ordered that the sureties must be gainfully employed with an evidence of two years tax payment to the Lagos State Government and reside within the court’s jurisdiction.

The alleged offences contravene Sections 77(a)(b) and 411 of the Criminal laws of Lagos State 2015, (Revised). Impersonating armed forces attracts three years jail term, while conspiracy is punishable with two years imprisonment upon conviction.  The Magistrate adjourned the case until Dec. 11 for mention
By Linda Ochagla at Friday, November 22, 2019