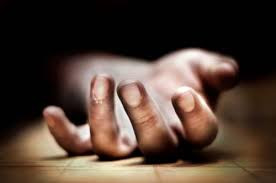 A tragic incident occurred in Makurdi, the Benue State capital on Friday November 22 as a man who has been identified as Greg Indyor, his wife Linda and their 6-year-old son Terkumawuese were found dead.

Though details of their death is still sketchy at the time of filing this report, eyewitnesses alleged that they might have inhaled generator fumes.

Police spokesperson DSP Catherine Anene, confirmed the incident and also told newsmen that their cause of their death is not yet known. She said the bodies were found with no injuries.
Anene further told newsmen that the remains of the deceased were found at different spots in the room while some fluid like substance was also seen oozing from the man’s nose.The couple's two and half year old daughter who survived the incident could not talk as she is still too young to describe what happened.
Corpses of the deceased have been evacuated from their home located at North Bank area of the metropolis and deposited at the morgue where an autopsy will be conducted. The police spokesperson said further investigations would reveal the actual cause of death.
By Linda Ochagla at Saturday, November 23, 2019