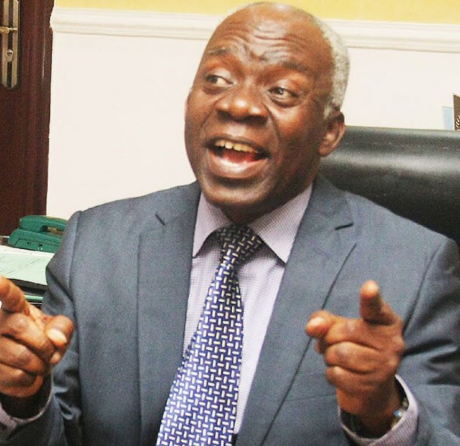 Human rights lawyer and counsel to Omoyele Sowore, Femi Falana (SAN), has urged the Department of State Services to stop "insulting the collective intelligence of Nigerians and immediately release Sowore."

The DSS, after failing to release Sowore after he had met his bail condition twice, has given various reasons for not releasing the rights activist. DSS had initially claimed that nobody came to receive Sowore, and on another occasion claimed that his sureties had yet to appear before it.

In another development, the security agency said it is yet to release Sowore because he asked and preferred to be in their custody.

Reacting to the claims by the DSS, Falana asked the agency to put the record straight.
He urged the agency to release all those it had "detained illegally in their custody and stop insulting the collective intelligence of the Nigerian people by attempting to justify the subversion of the rule of law.”
By Linda Ochagla at Sunday, November 17, 2019