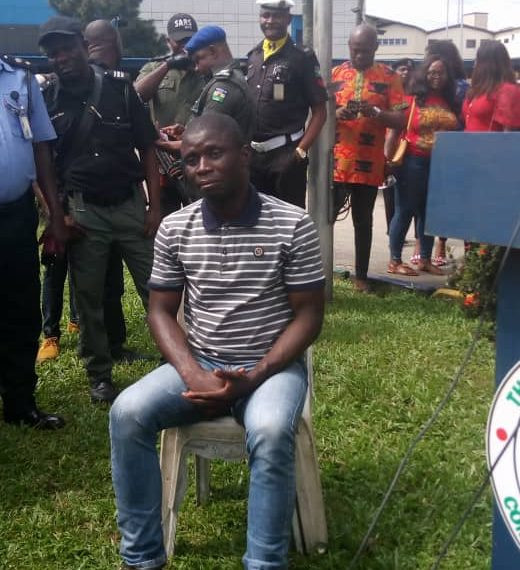 Suspected Port Harcourt 'serial killer', Gracious David West has changed his plea to 'not guilty' after confessing to luring his victims to hotels in Port Harcourt, drugging and murdering them.

In spite of the video released by the police in which he was seen confessing to the crimes, David West reversed the admission.

“The defendant had earlier pleaded guilty to the 9 count charge of murder but has decided to change his plea today,” prosecutor Chidi Ekeh said.

The suspected serial killer's laywer, Vincent Chukwu backed his client on 'change of plea' while dismissing his confessions earlier as having “no legal effect”.

“The basis of this matter is the evidence. Let them (the prosecution) put their evidence before the court”, he told AFP.

It was further gathered that the second suspect arrested in connection to the killings, Nimi Thankgod also pleaded not guilty and was granted bail.