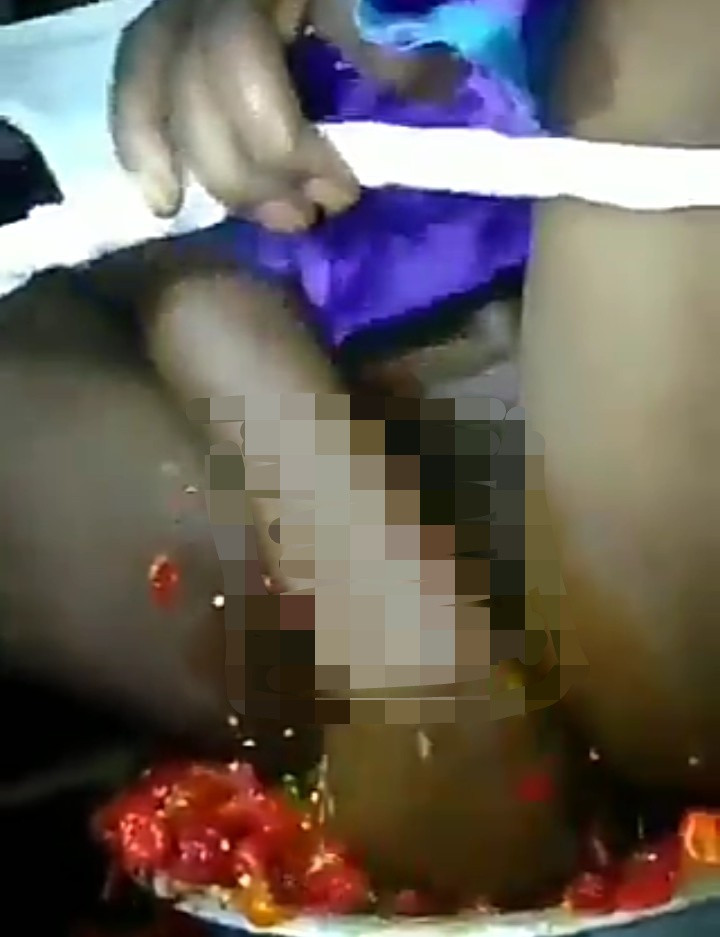 Nigerians woke up today to numerous sexually explicit videos, one of which shows a girl vigorously scrubbing her private part with pepper, and Twitter users are reacting in shock.

In the video, the girl is seen sitting on a bowl filled with fresh pepper. She grabbed a handful of the shredded pepper and used it to scrub her lady parts repeatedly while someone filmed. Another person can be heard laughing in the background. 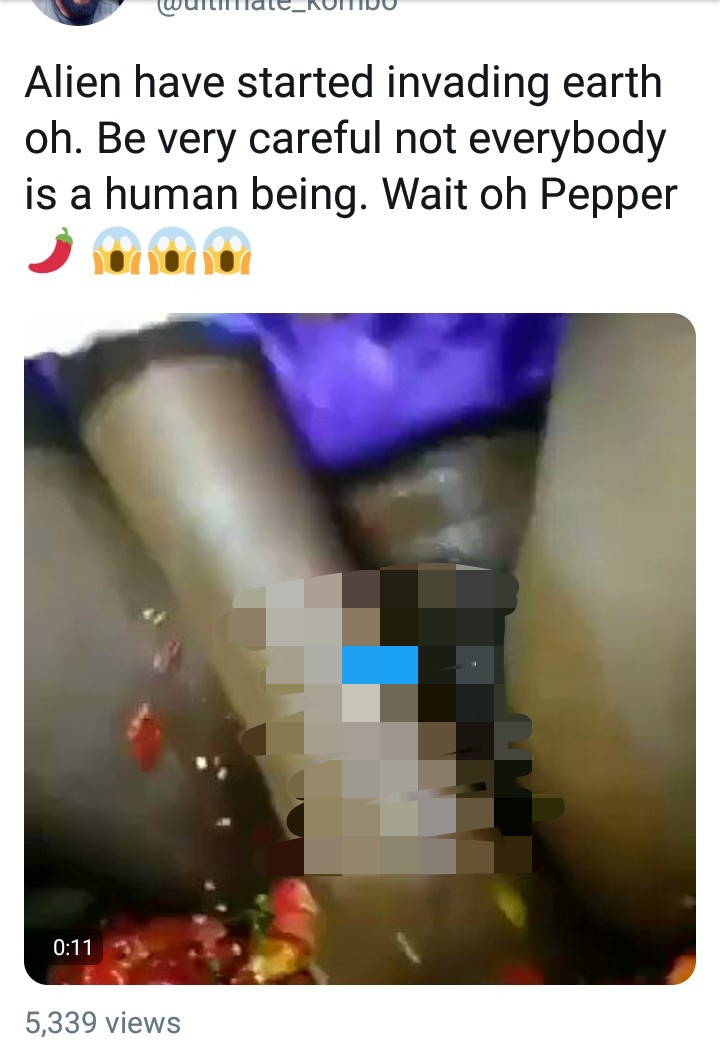 Some Twitter users said she took the phrase "pepper dem" literally and others said she was trying to be "hot" for her boyfriend."

The video is too graphic and cannot be shared here but below are Twitter reactions to the girl putting pepper in her vagina. 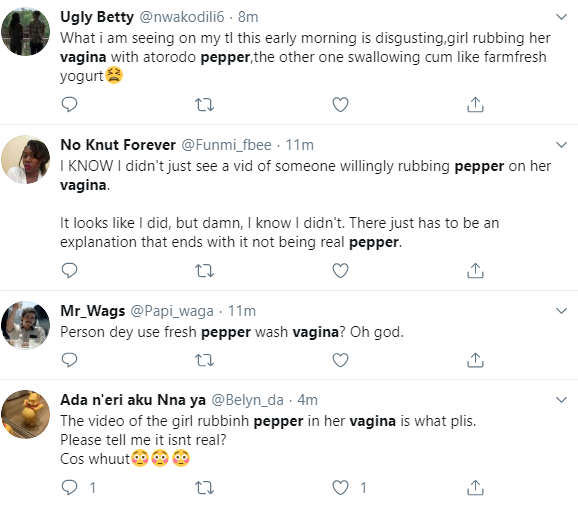 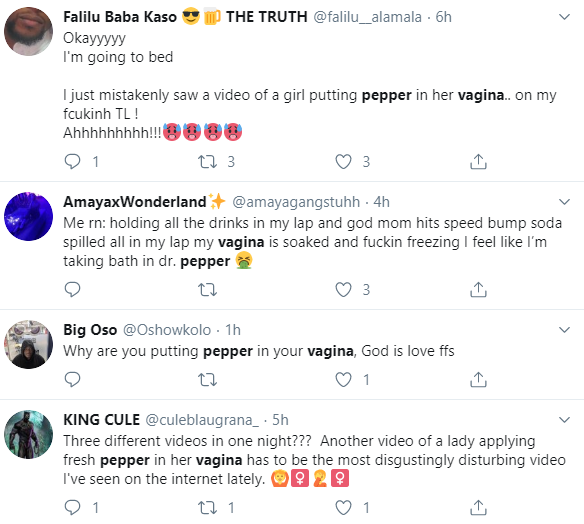 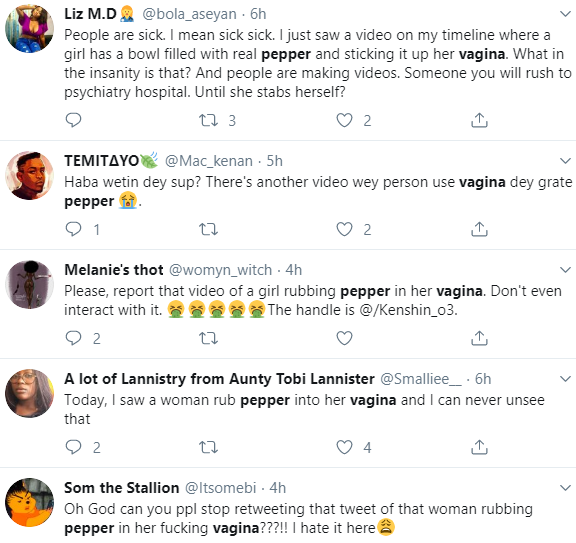 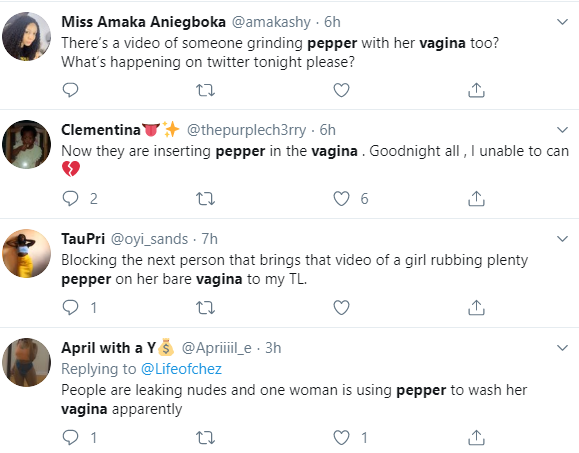