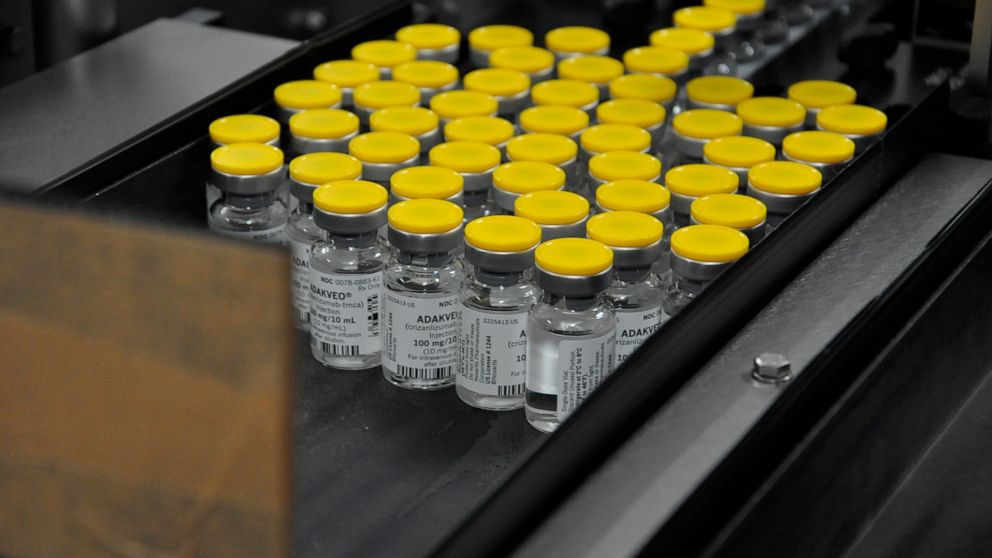 The Food and Drug Administration approved Novartis AG’s Adakveo for patients 16 and older. The monthly infusion, which halves occurrences of sickle cell pain episodes, will carry a list price of roughly $85,000 to $113,000 per year, depending on dosing. Insured patients generally will pay less.

Sickle cell disease is one of the most common inherited blood disorders, affecting about 100,000 Americans, most of them black, and about 300 million people worldwide.

Its hallmark is periodic episodes in which red blood cells stick together, blocking blood from reaching organs and small blood vessels. That causes intense pain and cumulative organ damage that shortens the lives of people with the disease.

“The duration and severity of these pain crises worsens with aging. Often patients die during one of these crises,” said Dr. Biree Andemariam, chief medical officer of the Sickle Cell Disease Association of America.

Andemariam, a former Novartis advisory board member, said the drug appears to work better the longer patients receive it.

He said severe pain episodes send U.S. patients to emergency departments about 200,000 times per year. About 85% are hospitalized for days to a week, running up big bills.

The debilitating condition also causes anemia, delayed growth, vision damage and painful swelling in hands and feet, making it hard for some people to maintain jobs or attend school.

Current treatments include a 21-year-old cancer drug called hydroxyurea and Endari, approved in 2017.

In patient studies, Endari reduced frequency of pain episodes about 25% and hydroxyurea reduced them by half. Hydroxyurea can have serious side effects and requires weekly blood tests. Both drugs have complicated dosing and don’t work — or stop working — in some patients.

Danielle Jamison, of Islandton, South Carolina, has suffered with sickle cell pain episodes since shortly after birth. The 35-year-old previously had a half-dozen pain crises requiring hospital trips each year. Those lessened by about half when she began taking hydroxyurea nine years ago.

She hasn’t been in the hospital since she started taking crizanlizumab two years ago as part of a patient study. She still has mild daily pain, but she said she can now take care of her home and drive her 9-year-old daughter to activities.

“It’s made a huge difference in how much I’m able to do,” Jamison said.

All three drugs work through different mechanisms, so doctors may switch patients to Adakveo or to add it to their current treatment, said Andemariam, head of University of Connecticut’s sickle cell treatment and research program.

Meanwhile, numerous drugs to treat sickle cell disease and gene therapies to possibly cure it are being tested.

The Associated Press Health and Science Department receives support from the Howard Hughes Medical Institute’s Department of Science Education. The AP is solely responsible for all content