We are ready for Kogi State supplementary elections – INEC 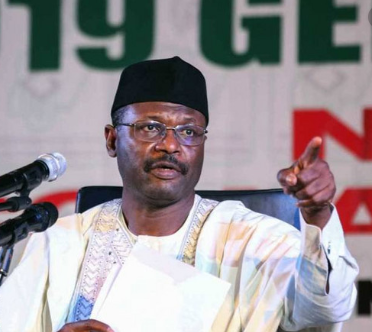 The Independent National Electoral Commission, INEC, has said it is ready for the supplementary election into Kogi West Senatorial District and Ajaokuta Federal Constituency seats both in Kogi State.

Kogi State Resident Electoral Commissioner, REC, Prof. James Apam made this known on Tuesday in Lokoja and disclosed that the supplementary election would hold in 75 polling units in the two affected areas.

“In Kogi West what we did was to apply the ‘Margin of Lead Principle’, which stipulates that when the differences in the margin between the leading candidate and runner up is not up to the number of cancelled votes, a supplementary election will be held in those areas.
“The leading party (APC) is leading with 22,000 votes while the registered voters in cancelled areas is 45,767; hence the need for the supplementary election.
“For Ajaokuta federal constituency, the Appeal court asked us to conduct election in those 22 polling units within 60 days, because the Presiding officers did not sign the result sheets for the election in those areas; and the 60 days had almost elapsed.”

Apam; however. said close to 200 INEC officers (staff and ad-hoc) will be in charge of the elections; stressing that university professors will still be used as collation officers both at the wards and local government area collations centres.
However, many of the stakeholders indicted the police and political class for what they described as show of shame in the last governorship election. They said the police failed the Kogi people in the last election and urged the security personnel to brace up in order to forestall a re-occurrence in the Saturday elections.
By Linda Ochagla at Wednesday, November 27, 2019