We kidnapped businessman with information from his cowboy (full details...) 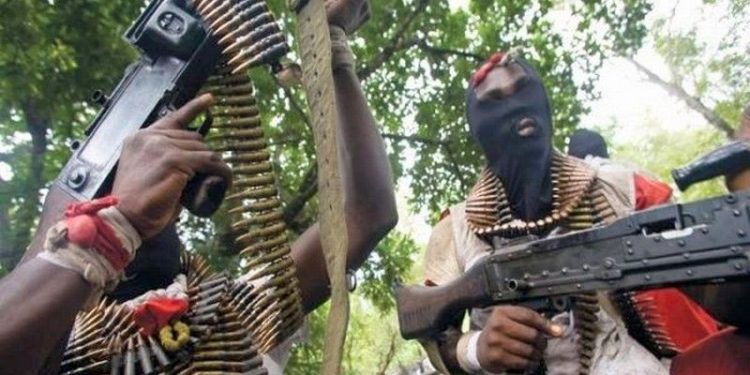 One of six members of a kidnapping syndicate has recounted how the syndicate got to its target businessman, Abubakar Bashar, by using information from the boy who herds his cow for him.
The syndicate member, Bello Abdullahi, spoke to newsmen on Monday in the Adamawa State capital, Yola, where he is being detained by the state police command.
The Command had, in a separate interaction with newsmen, confirmed that the professor with the Modibbo Adama University of Technology (MAUTECH) Yola, who was kidnapped last Thursday, has been released.
The 20-year-old Bello Abdullahi who is one of two confessed kidnappers of Abubakar Bashar, currently in police custody as the other four are yet to be arrested, said, “I am Bello Abdullahi from Yobe State. It is true I am one of the syndicate who abducted Abubakar Bashar of Jimeta Market.
“We were six in number. Our leader in the group told me that we were given N20 million as ransom for the release of AD Bashar. They gave me N450, 000 as my share. I bought 10 cows in my village in Yobe.
“We got information on how to get AD Bashar from the boy who herds his cow for him.”
The Adamawa State Police Public Relations Officer, Sulaiman Nguroje, who spoke further on the arrest of Bello Abdullahi and one other as well as the release of MAUTECH Professor Felix Ilesanmi, said, “The Adamawa State Command has recently been facing security challenges. In view of that, the commissioner of police summoned divisional police officers and we were able to interact and to design operational strategies on how to do away with crime.
“In the course of the efforts, we were able to arrest some kidnappers who have been terrorizing the command. Most recently, they conspired and kidnapped a prominent businessman in this state known as AD Bashar.
“The intelligence department of this command has really been working and we were able to arrest two, leaving four at large, and we are trying extra hard to see how we can track them down.
“Also, because of the serious efforts we have been making, the kidnappers of the professor who was recently kidnapped released him. The kidnappers are on the run but the command is doing everything humanly possible to round them up.
“It is because the kidnappers knew we were after them that they released the professor. They became afraid and abandoned him.”
By Linda Ochagla at Monday, November 18, 2019