A far-right extremist accidentally set himself on fire while trying to burn down an historic synagogue.

Tristan Morgan was spotted walking away with a petrol can in his hand as smoke spewed from the 18th century building in Exeter, Devon, last summer.

CCTV footage shows the 52-year-old using a small axe to break a window of the building before pouring liquid through it from a green petrol can.

He then tosses something through the window and is almost immediately sent flying backwards as he is engulfed in a ball of flames.

The defendant admitted arson, encouraging terrorism by publishing a song entitled “White Man” to live-streaming website Soundcloud, and having a copy of the White Resistance Manual when he appeared at the Old Bailey.

Far-right extremist engulfed by fireball as he torches synagogue 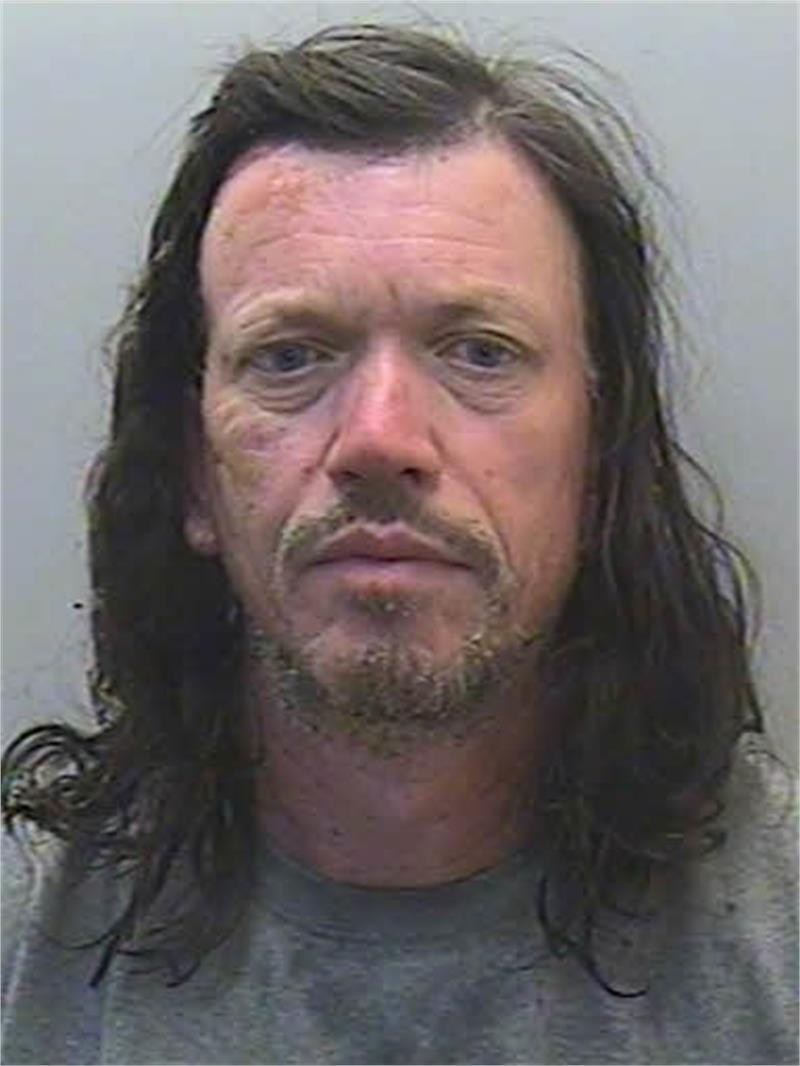 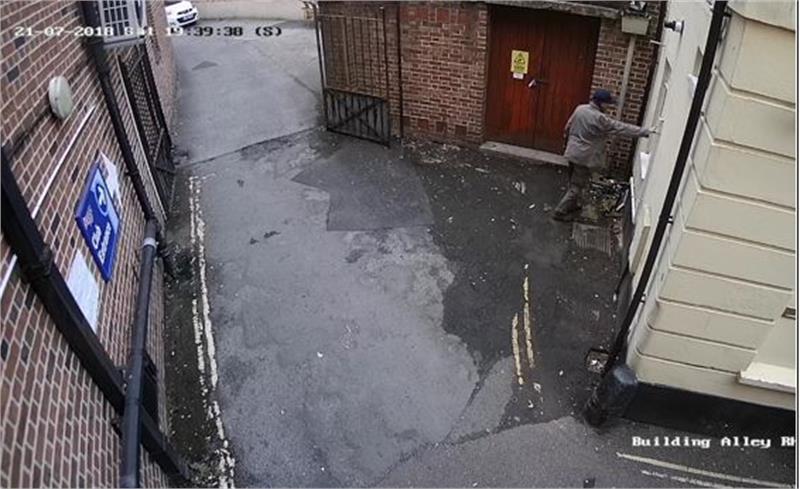 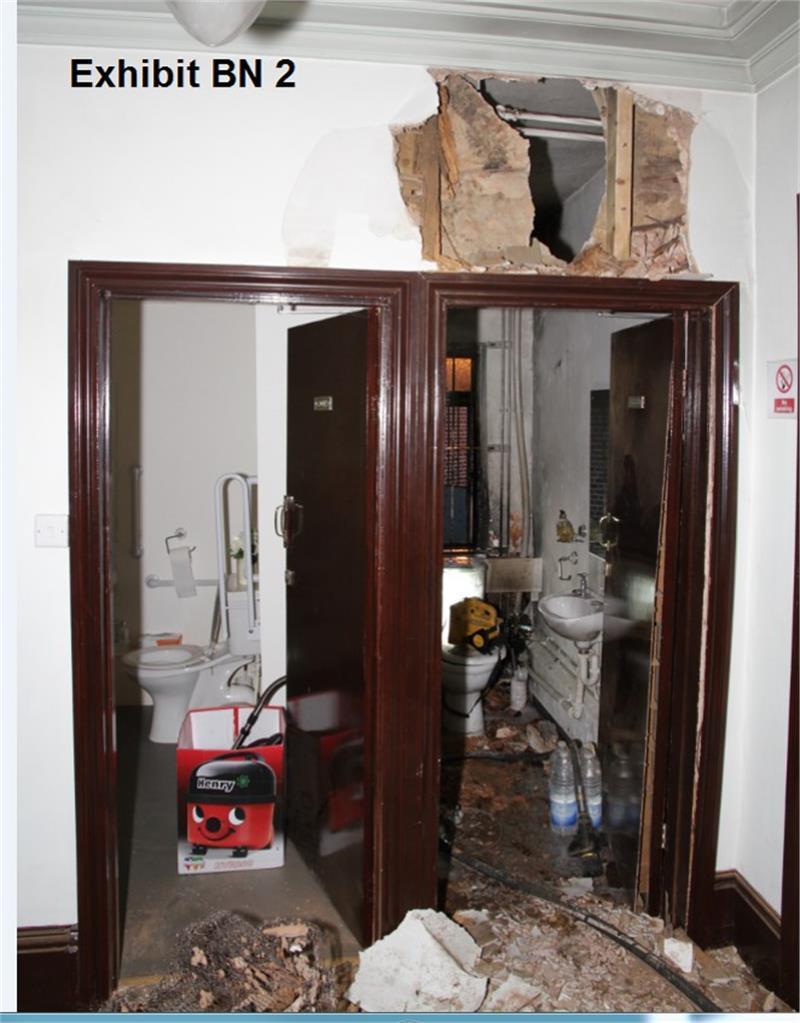 As a hearing on Friday, prosecutor Alistair Richardson said Morgan had “deep-rooted antisemitic belief, embodied in a desire to do harm to the Jewish community and an obsession with abhorrent antisemitic material”.

On the evening of Saturday, 21 July last year he tried to burn down the synagogue “with no thought for any lives he might put at risk”, Mr Richardson said.

Mr Richardson told how Zoe Baker and her partner Samual O’Brien were walking through Exeter city centre when they heard a “loud bang” and saw an “orange glow and smoke” coming from the grade II-listed building.

Concerned someone might be hurt, they stopped and Ms Baker saw the defendant walking away, carrying a green petrol can.

Mr Richardson said: “He appeared to be laughing, while trying to flatten his hair, which she described as looking like it had been ‘whooshed up’.”

When firefighters arrived at the synagogue they found a “severe” fire in a room containing a gas boiler, which could have exploded. 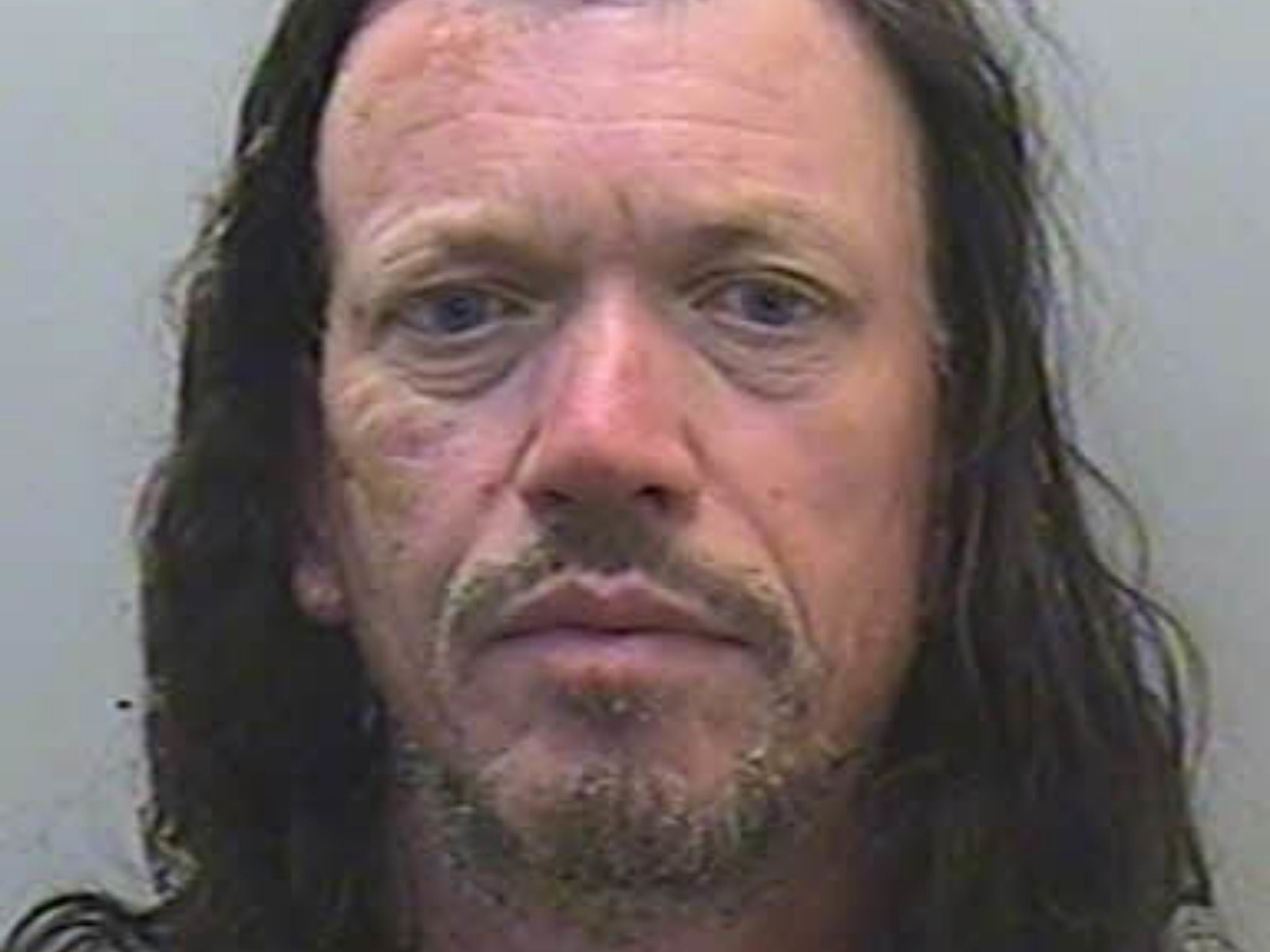 Police arrested Morgan at his home in Alexander Terrace, Exeter, after identifying his van on CCTV.

As he opened the door to officers, the defendant, who smelled of petrol and burning, said: “That didn’t take long.”

He had burns to his hands, forehead and hair, the court heard. In his pockets, he was carrying two lock knives and two lighters.

As he was put in a police van, Morgan said: “Please tell me that synagogue is burning to the ground, if not, it’s poor preparation.”

Later, as his burns were being treated in hospital, he told staff “it was like a bomb going off”.

The court how hospital X-ray technician and self-styled folk singer Morgan was psychotic at the time of the arson attack but had no previous history of violence.

Judge Anthony Leonard QC handed him an indefinite hospital order, saying most people would feel “anger and revulsion” at what he had done.

The attack on the synagogue was described as “devastating” for the local Jewish community.

The synagogue, built in 1763, is the third-oldest in Britain and remains a focal point for the Jewish community in the southwest.

The cost of repairing the fire damage was said to have totalled more than £23,000