Your daughter who was my classmate should have contested against me, not you - Governor Lalong mocks PDP candidate, Gen. Useni 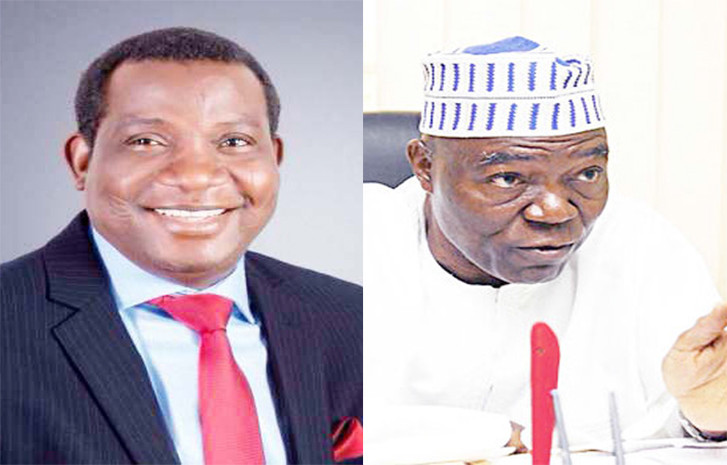 Governor Simon Lalong has taken a swipe at the People's Democratic Party (PDP) Governorship candidate, Lt. General Jeremiah Useni who lost out at the tribunal and the appeal court after challenging his victory at the 2019 Governorship election in Plateau state.

Lalong who recalled praying for his victory at the poll which according to him was the wish of the people of the state, stated the 76-year-old PDP Governorship candidate should have allowed his daughter who was his classmate contest against him.

He also averred that the validation of his reelection by the appellate court on Friday November 29, is “very sweet”.

“As far as I am concerned, the main election was more important for me. I did the election, I did a run off, we went to the tribunal the first time, we went again for the second time. Well I don’t know whether he is going for the third time,” he said.
“One thing I am very sure and with the confidence I have in Plateau people I know that this victory they are very happy about it. They have prayed about it and the victory is very sweet.
“I will say it again here, his (Useni) daughter was my classmate, I have told him several times, his first daughter was my classmate. So at this stage I would have been expecting his daughter to contest for governor and not him.
“His daughter was my classmate, we went to school together and so why should we be fighting? Fighting him is like fighting a father, it’s unfortunate but for me, I say my focus is Plateau state. We have done that in the first election, he was defeated, he said no, they will go back for a re-run, I said let’s go back for rerun.
“We went back for rerun I defeated him, he said no he was going for the tribunal. We went to the first tribunal, he said he is a general he doesn’t fight and retire, he will go to the Supreme Court. That I think is to make me lose focus but I have not lost any focus in Plateau State. As he is moving, I am becoming more determined because just before the judgment I think he will say go to Plateau state.”

Retired General Jeremiah Timbut Useni was responsible for the administration of Federal Capital Territory Abuja under the military junta of Sani Abacha. He was also the military governor of the old Bendel State from 1984 to 1985 and has also been a minister of transport.
By Linda Ochagla at Saturday, November 30, 2019